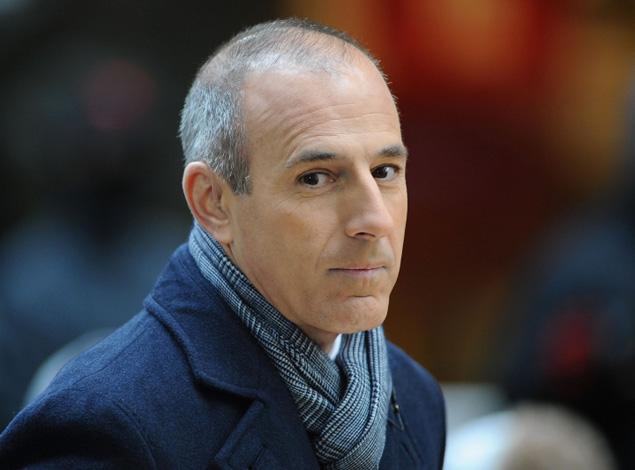 Making media rounds this afternoon is the assertion that our collective media hero Matt Lauer is once again back to his old bad behavior as NBC’s flagship operative the ‘Today show,’ continues to stem viewers after last years humiliating firing of Ann Curry.

Tells a source to radaronline: “The way Matt treats staffers at work is so derogatory and dismissive.”

It is believed what may be tempering the 25 year veteran is the show’s continual slide in ranking which has led to Matt Lauer getting on a rampage as he fights to keep his emotions in check.

With ABC’s Good Morning America trouncing the Today show in the May sweeps, the shows failures are now falling squarely on Matt Lauer’s feet and his none too happy.

Went on to tell the source: “For a while Matt was acting nicer to everyone, but now the staffers are afraid of him.”

Can anyone guess why kids? I wonder what Ann Curry would have to say for herself these days?

“So many people feel like he doesn’t even listen when they’re pitching stories or trying to break news. They say they could have the biggest breaking news of the year and Matt wouldn’t pay attention to them.”

Ann Curry’s poorly handled departure has been a sore spot for Matt, and the insider said that he is still not treating many of them respectfully.

“They say that it is harder than ever to work with him.”

Which of course brings to mind the following wise old adage: ‘Be careful how you treat people on your way up, because you might meet them again on your way down’.

You may want to pay attention to that Matt…