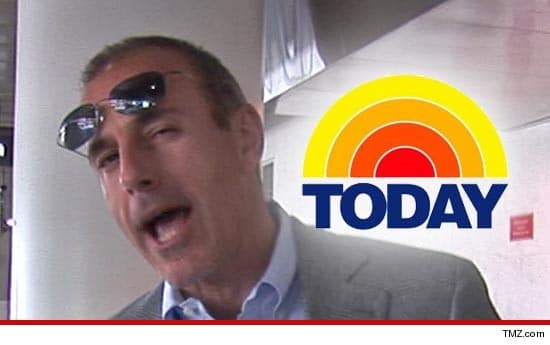 A new tell all expose courtesy of nymag  reveals how long time NBC Today show anchor, Matt Lauer had a frosty relationship with former co anchor Ann Curry. The revelation comes amidst leaking of how Lauer who will  not see his contract renewed with NBC next year was on the verge of leaving the network to go work for competing outlet ABC.

At the moment when he had maximum leverage with NBC, Lauer, as the multimillion-dollar megastar, could easily have saved her—but he didn’t. To the contrary, in signing a new contract to remain at the show for at least two more years, he tacitly ratified the plan to remove her.

Of course what’s interesting is how Lauer has being going round telling media outlets that he had nothing to do with Ann Curry’s ouster and that he even begged NBC executives to give her another chance. A convenient pr story to peddle when the world wants to wring your neck for pushing a media hero under the bus.

Yet what perhaps is even more interesting preceding Curry’s unpopular ouster was Lauer’s consideration to leave the Today show to make good on a show with old pal Katie Couric and an occasional appearance with ABC’s ‘Good Morning America.’

Asserts the nypost: The host of NBC’s “Today” show came so close to jumping to rival ABC last year that everyone close to the situation — Bob Iger, CEO of ABC parent Disney; ABC News boss Ben Sherwood, and even Lauer’s agent — thought he was signed, sealed and delivered to the alphabet network, according to an exclusive report.

Nonetheless things turned sour eventually after Lauer’s 25 multi million resigning package which left Ann Curry hanging out the window as now Curry was being reconsidered as the Today show continued to give up rankings to rival outlet ABC. The initial foray with ABC came as Lauer became irked with reports that Ryan Seacrest could be brought on to help stabilize the show’s rankings.

In the end things really capitulated after viewer revolt stemming from the dismal handling of Ann Curry’s ouster, which has culminated in Matt Lauer’s contract not being renegotiated going forward and his shiny self flapping in the wind as his behind the scenes media power play has led to his own public media beheading.