Is Ann Curry too frumpy?

Ann Curry has come out and said that she now was fired cause NBC producers were not sold on her personal style. From her ‘too colorful’ clothes, her frumpy attire, the fact that she hated wearing high heels and not to mention she had grey hair.

dailymail.co.uk: The former Today anchor – who was sacked after just a year in the job – claimed that she was mocked by a colleague for looking like Froot Loops mascot Toucan Sam one day when she wore a multicoloured dress.

Whenever she tried to wear clogs and flats it didn’t ‘go over very well with my bosses’, she said in an interview.

Instead she was asked to wear ‘ridiculously high heels’ because female viewers would coo over her footwear, even though she didn’t like them.

Curry also suggested that her refusal to dye her hair may have played a part as it is ‘not tolerated’ on a female TV presenter. 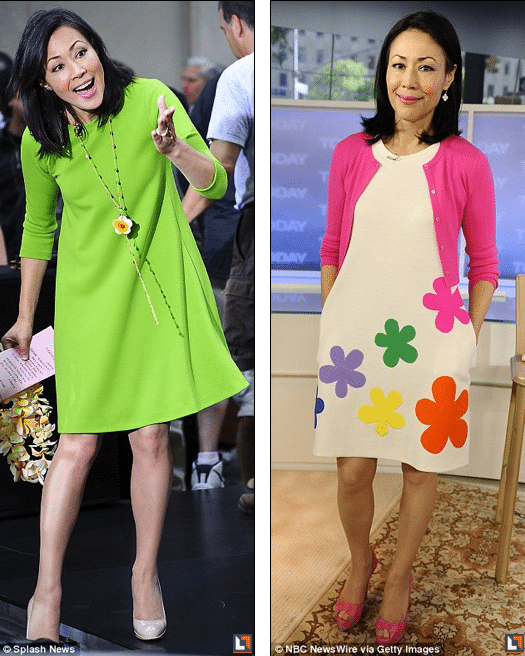 Too frumpy, too colorful, too grey? What are we to make of these assertions? Are we to believe Ms Curry? Or is she simply trying to save face in the knowledge that her popularity and acumen as a tv journalist may be well behind her? Then again hadn’t Ms Curry always worn frumpy colorful clothes (as she likes to put it) before she was awarded the coveted co anchor slot? Why is she bringing up these points now? Hasn’t the public moved on beyond the acrimony, and then again she did receive a $10 million payout for her misery, far more than most when they are relieved of their office (except for various CEO’s of course).

But it now gets worse, so disjointed has Ms Curry been by her ouster that it is said that she is seriously considering leaving television entirely to pursue teaching. 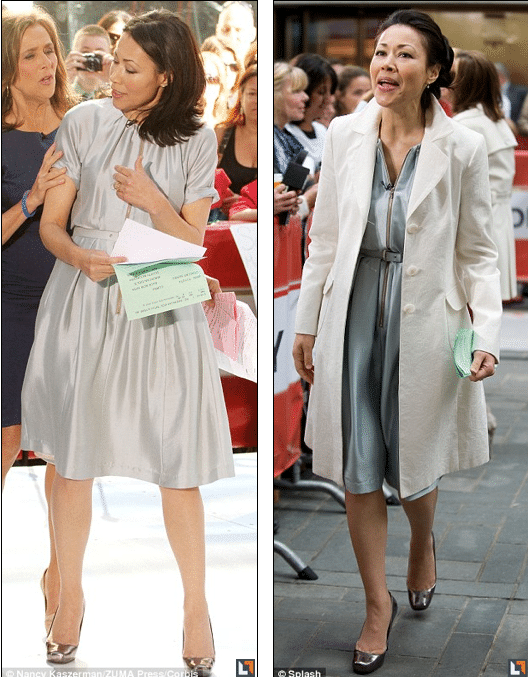 With her recently released interview with the Ladies Home Journal the former co anchor had the following to say:

One day I wore a multicoloured dress and someone asked if I was trying to be Toucan Sam.

‘But I chose it because I thought, this will perk up America. I’m encouraged by my bosses to wear these ridiculously high heel shoes because women say: ‘I love your shoes!’ So if it makes women happy, I’ll wear them. But I’m still going to be me’.

‘Elsewhere she also admits: ‘I’ve tried to wear clogs and flats and it hasn’t gone over very well with my bosses.’

That said the real reason behind her ouster might have more to do with insiders arguing that Curry may have angered executives and infuriated Today anchor Matt Lauer, with whom she struggled to develop an on-air chemistry.

Then there this was interesting comment that I came across that might explain why in the end why Ms Curry had to go. See what you think….

I would say the reason was that she was a clueless commentator, she was ignorant of anything she talked about and often wrong when she argued with conservative guests. Not to mention she was so partisan that she should have worn a White House Advisors badge whenever she talked about politics.