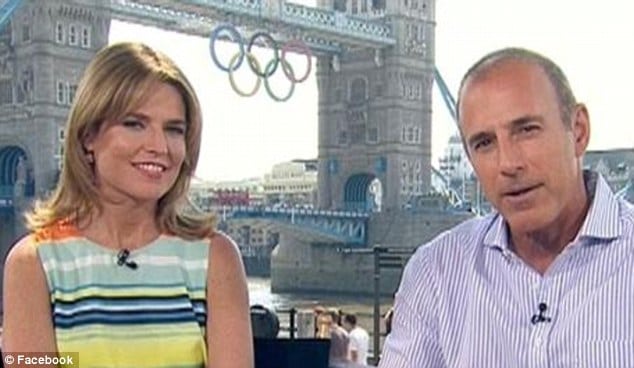 Savannah Guthrie and Matt Lauer. Are they finally steering the fortunes at NBC?

At present it might be too early to say whether viewers are finally becoming acclimated to seeing Savannah Guthrie in the new role of co anchor after Ann Curry was ousted or if simply viewers have relented and are slowly giving up on their strike against the Today show.

Then there’s this via wptv:  According to the Huffington Post, Curry has tweeted minimally over the past month, but sent “cryptic message” on Wednesday.

“When I despair I remember that throughout history, truth and love have always won,” she wrote .

Couric – who also previously worked on the Today Show – said she believes Curry will ‘land on her feet.’

“Ann has done an incredible job reporting and traveling around the world and bringing some of these stories, these far off stories that aren’t covered quite enough, to the American public,” she told USA Today. “So I think she’ll go on to do great things.”

Happy endings? Then again it can be a situation that ultimately a network’s branding and its acumen (NBC does have sole airing rights to this years 2012 Olympics) supersede that of any of its stars, even Ann Curry…