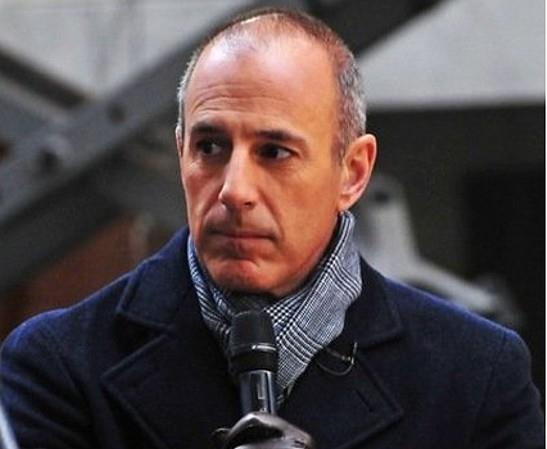 It seems things continue to go from bad to worse for beleaguered media figure Matt Lauer as he has now been called out by a former intern who argues that Matt Lauer was ‘not so nice.’

The former intern Mark Zinni, now an anchor and reporter at Fox‘s Cleveland affiliate station had the following to say about Matt Lauer after he retweeted a follower who quoted him saying that Lauer had been “not so nice”

“not so nice.” Another quote: “I was just a young kid with a bright future ahead of me.”

This in turn elicited the following response, on Tuesday from the beleaguered anchor : “huh? Always tried to be nice Mark. Sorry you didn’t think so. Hope you’re doing well.”

Hollywoodreporter go on to offer the following: On Thursday, the social media-loving Zinni was firing off a torrent of comments and replies regarding his Lauer tweet-versation, telling people to “be careful what you say on twitter, ha!” and stating: “For the record, i wasn’t ‘disgruntled’ … I had a great time in ’97!”

The latest fallout comes after a continuing deluge against the anchor who must have thought he was on top of the world back in March of last year when he resigned with NBC with the proviso that co anchor Ann Curry had to go. If only Matt could have foresaw what was to follow next once Curry was given the chop.