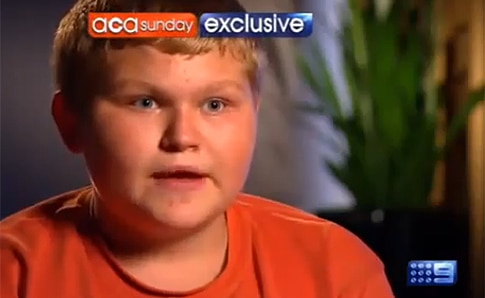 When we first reported about young Aussie battler being the target of some fairly relentless bullying at school and his subsequent on the spur retaliation many of you cheered his actions on, many of you in your comments also wondered how this came to be, reflected on your own experiences being bullied at school and quite a few of you questioned the shaky role of the school in deciding to also suspend young Casey.

What we didn’t know at the time until young Casey was finally interviewed by some Aussie press was the depths of despair he had endured over the preceding years as he was being bullied, his friends ditching him nor for that matter how he once even contemplated suicide because the grief was just too much to bear….

nydailynews: Heynes said he never fought back before, and wasn’t planning to this time. But the “anger just built up.”

Heynes said Gale and his friends began teasing him two weeks prior to the fight, but said he’s been bullyied for years. He once had friends, but they all “ditched” him because of the teasing.

“[The bullies] called me fattie,” the 10-grade student said. They would also “slap me on the back of the head, [and] trip me. Throw water bombs at me… practically every day.”

They once even duct-taped him to a pole.

Heynes said he was “lonely,” and after his friends abandoned him he was an easy target. The teen also admitted he considered suicide.

“I just started to put myself down,” Heynes said. “And then all the crap just kept piling on.”

Which begs the question, why was this young boy allowed to be subjected to such abuse for so long? Where were his parents in all of this? Didn’t they know,care, wonder, notice the tears in Casey’s locker room metaphorically speaking? What about school administrators? School teachers? Why didn’t they intervene? Where they also taking the piss out of the boy too? And why did his friends ditch him? What type of society do we live in when the most violated members of society are left to fend for themselves? Can we even wonder how it didn’t miraculously come to Casey one day walking into class like others have with a shotgun?

“I didn’t realize how much trouble he was actually in until I saw that video,” Heynes’ father, Colin, told “A Current Affair.” “And he said ‘Well, that goes on every day, dad.'”

Heynes and Gale have both been suspended because of their school’s “zero tolerance” policy regarding fighting.

The teen doesn’t regret lashing out at the bully, even though he admits he could have seriously hurt the younger boy.

Meanwhile Casey’s father worries the child will be the subject of future abuse. Which prods us to ask one more question- why are these children so intent on hurting this child and when will it come time for some of those same children who once chided him to come to his defense?

The original video below that went viral: