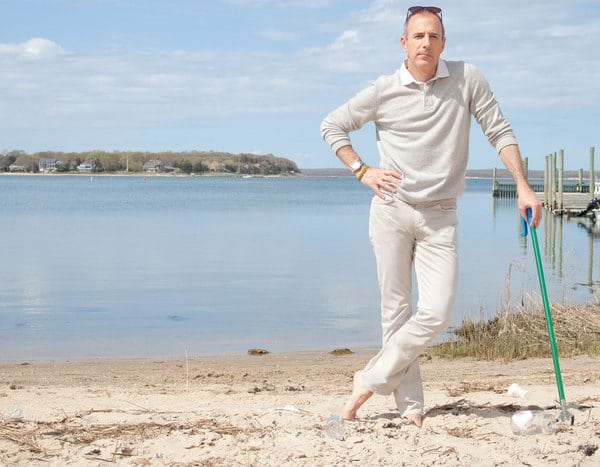 Matt Lauer has according to sources expressed dismay that his employer NBC had gone on to fail to bring on a crisis firm to handle the negative press that has followed him since the Ann Curry debacle that began last summer after the co anchor was unceremoniously dumped from her high profile position as co anchor of NBC’s ‘The Today show.’

At the time, Matt Lauer had urged NBC’s parent, Comcast to bring on a public relations firm to handle the overwhelming bad press that was haranguing the outlet as well as himself as popular dissent began to set in.

During the debacle, Matt Lauer was widely seen as the instigator of Ann Curry’s release which led to viewer revolt and to escalating bad press as the outlet continued to lose viewers. Not helping matters at the time was the perception that Matt Lauer was recalcitrant and unwilling to accept his role in Ann Curry’s dismissal, arguing instead that ultimately it was his bosses decision to let Ann Curry go, not his. A point of view that did not sit too well with viewers nor one suspects Ann Curry herself who retained a terse dialogue with the outlet after her release.

The NY Post which is breaking the story goes on to tell how ultimately despite Matt Lauer’s concerns, Comcast decided against hiring a pr outlet to deal with the fall out of Ann Curry’s dismissal. The Post also goes on to tell that ultimately a frazzled Matt Lauer decided to take matters into his own hands.

“Matt’s wanted to bring in an outside p.r. agency,” explained a source close to the morning show. “He lost faith and has wanted a crisis team in place. Since they haven’t hired an outside agency, he’s taking matters into his own hands.”

The Post goes on to tell how a ‘top spin doctor’ (whatever that means right?) ought to have taken Matt Lauer’s advice and brought on the ‘cavalry’ to handle the pr mess.

“Matt should be seen as a much more sympathetic figure,” he said. “They’ve made some real mistakes, obvious ones, and they have no plan. As soon as you become the highest-paid anchor, you have a target on your tush.”

Which raises the following question. Can you really blame Comcast for refusing to hire a pr outlet to convince the world that the world is nice and shiny in Matt Lauer’s neck of the woods whilst it is pelting bullets of thunder?

Colorado man chops up man, stuffs him in suitcase undone by...