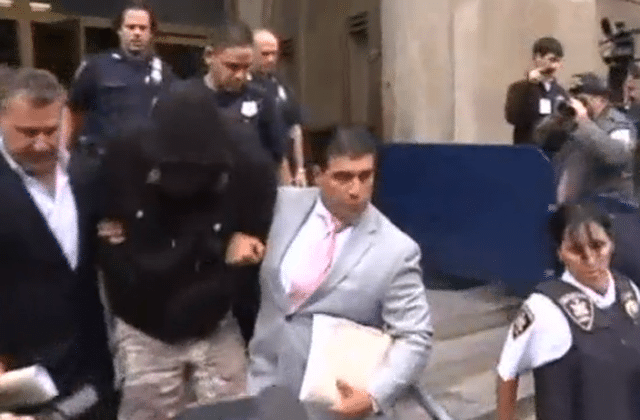 New dramatic Alexian Lien video emerges: ‘They should bring hanging back for these guys….’

Alexian Lien’s uncle has ordered a crackdown on all bikers.

In the latest developments in the Alexian Lien beating case, undercover police detective,  Detective Wojciech Braszczok arrested in a motorcyclist-SUV melee no longer plans to testify before a grand jury, his lawyer John Arlia told Monday.

Told Arlia: ‘My client has complete confidence and faith this grand jury will determine that he in no way intended to injure, nor act in any way to injure’ an SUV driver who was beaten by several other bikers,’

‘Mr. Lien however drove over and crushed Mr. Mieses’ spine, paralyzing him, and then decided to flee the scene.’

The Manhattan district attorney’s office has gone on to tell Wojciech Braszczok nonetheless actively participated in the attack by shattering the SUV’s back window and kicking its passenger side, and has since been charged with gang assault. The DA’s office went on to decline to comment on Braszczok ‘s decision not to testify.

The UK’s dailymail goes on to note that many defendants ultimately choose not to testify before grand juries, for various reasons. It’s not uncommon for defendants to give notice that they want to appear and then change their minds.

Braszczok did nothing to stop the assault or summon help, didn’t report having been there to his superiors for a few days, and wasn’t straightforward when he did, prosecutors said.

Since stepping forward and admitting involvement, Wojciech Braszczok had been stripped of his gun and badge after internal affairs investigators discovered he saw at least part of the confrontation.

At the time, the rogue detective told authorities and his union that he didn’t intervene in the attack partly because he works undercover. A contention that has been met with derision by the public who felt it was Wojciech Braszczok’s duty to intervene.

Arlia has since gone on to tell that the window Braszczok is accused of breaking already had a sizeable hole in it and that the detective didn’t know other participants in the rally, which was organized online, and that he only pursued Lien to prevent his flight after the SUV ran down and seriously injured motorcyclist Edwin Mieses Jr.

‘The facts cannot be changed to lump him into an attack he was not a part of. We owe him and his family at least that much,’

At present it’s unclear when the grand jury might vote on whether to indict Wojciech Braszczok.