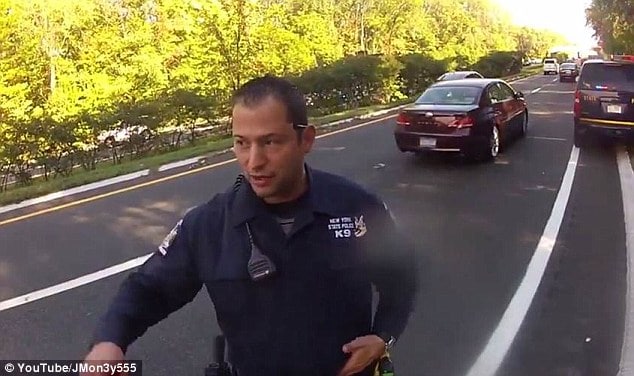 It seems Alexian Lien is out for some revenge courtesy of his uncle who purportedly happens to be a higher up on the police force who has since been told to be extra vigilant when it comes to bikers on the road.

The purported disclosure is said to have come after a biker went on to be pulled over by a state trooper and the biker went on to capture a very interesting dialogue with his helmetcam video (yes they are the rage aren’t they?).

Told the unidentified trooper: “I’m gonna give you a fair warning, okay?”

Kids, are you gulping with trepidation?

Could Alexian Lien’s uncle really be a big brass laying down some heat? Or could it just be cops using the recent Alexian Lien beat down to get extra vigilant on a group that has little love lost in the public’s eyes?

Gothamist goes on to add that they have yet to validate whether Alexian Lien has an uncle on the force. As if that really matters anyway…