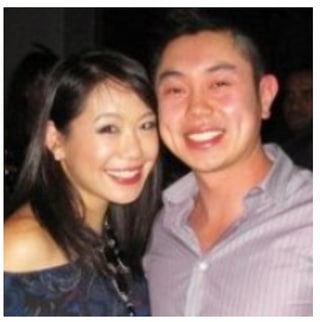 In the face of ongoing media speculation and heightened public interest over last weekend’s biker road rage incident, Alexian Lien wife, Rosalyn Ng has (finally) this morning come out with a statement whereby she goes on to defend her husband and asks for the media to leave him alone.

“Our plan last Sunday was to celebrate our wedding anniversary by having a nice family day out with our two-year-old daughter. Unfortunately, instead, we were placed in grave danger by a mob of reckless and violent motorcyclists.

“Our sympathies go out to the injured motorcyclist and his family. However, we were faced with a life-threatening situation, and my husband was forced under the circumstances to take the actions that he did in order to protect the lives of our entire family. Our fear for our lives was confirmed when the incident ended with the ruthless and brutal attack on my husband, me, and, most importantly, our two-year-old child. We know in our hearts that we could not have done anything differently, and we believe that anyone faced with this sort of grave danger would have taken the same course of action in order to protect their family.

” We would like to thank the brave citizens who risked their own safety to intervene on our behalf. They truly helped save our lives and prevented my husband from suffering further injury. We also appreciate and are moved by the outpouring of love and support so many have expressed here in New York and around the country.

” We would ask that the public and the media to respect our privacy at this difficult time and allow my husband to recover from his injuries. From here on forward we would ask that any further inquiries regarding this unfortunate incident be directed to our lawyers Nicholas J. Massimo and Frank C. Panetta.”

The statement already has warranted a myriad of responses on the web including the following:

I applaud the way the Lien family has been handling the situation….unlike others who have been out trying to gain sympathy for their side (Bikers) through the media..trying to steer blame towards Lien….Shame on them!

Nope he was attacked at the first accident, then because he feared for his families safety he had to mow down those scumbag gang of bikers. Too bad he didn’t take more out

Lady, you have absolutely NOTHING to apologize for.

For anyone taking the side of the bikers. Please understand something. These guys have a history of taking over a highway by blocking on ramps and stopping traffic while others in the group use the road to race. They didn’t like that the SUV driver hadn’t stayed back with the other cars, that’s why the biker break checked him. When they didn’t feel that he got the message they surrounded the truck, pounded on the windows and slashed at least one tire. This guy was protecting his family and tried to get out of there as fast as possible. I have no pity for the riders he drove over.

If only Mr. Lein was driving a tractor trailer…

That said there have been others on the web who have gone on to wonder if Alexian Lien did go too far and whether he should be held accountable for the damages afflicted to now paralyzed Edwin Mieses.

The very least he should do is be responsible for Mieses medical bills, along with Christopher Cruz, who is also at fault for provoking the incident. The biker gang stuff—I don’t buy it. Most of these guys don’t even know each other. Riders from all over the area congregate once a year for parade. it’s not a gang.

A lot of bikers ride in groups for safety. And yes it’s true many bikers ride crazy, but many car drivers drive crazy also. I drive on turnpike everyday, and I see many cars and suvs cutting me off all the time, do I run them over? nope. If I reacted like Lien I would have run over scores of people by now.

Road rage is a big problem and the solution is not violence. As far as the argument that he was only protection his child, in the video I don’t see bikers attacking the suv. I see most of the bikers just watching with a “whats going on?” look. A few bikers congregate near the suv, but that’s because there was an accident. Another factor: nobody knew he had a baby on board. the suv was tinted passenger windows to the whole back. all you can see is lien and his wife. and in any accident people always come out and see what happened, its normal.

And there was this comment I came across as well that probably accurately sums up the state of affairs:

We don’t know what went down prior to the Suv in this incident hitting the motorcyclists. Both the ‘bikers and the SUV driver broke the law. The driver is fortunate that he didn’t kill anyone when he drove over the motorcyclists.