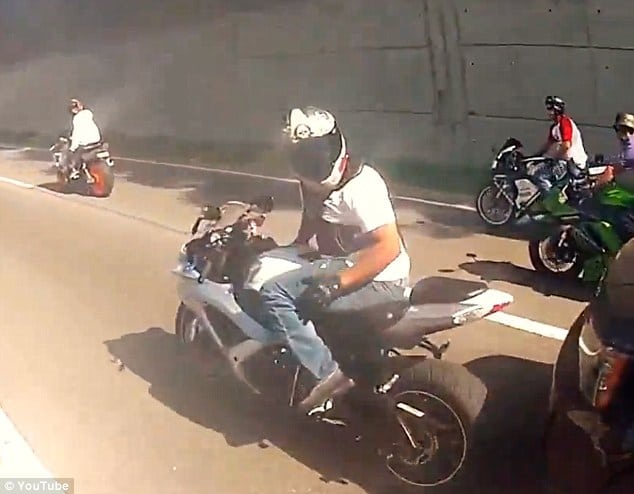 Kevin Bresloff the individual who went on to shoot the Alexian Lien video last weekend has gone on to tell he is receiving death threats.

The threats come according to Bresloff as a consequence of cooperating with investigators.

The video was taken from a camera mounted onKevin Bresloff’s helmet and clearly shows how the altercation began, Mr Lien fleeing, the chase, and the SUV’s last stop.

Uploaded to both YouTube and liveleaks, the disturbing video quickly went viral. Investigators went on to locate Kevin Bresloff and enlisted his help tracking down the bikers who smashed in the windows of Alexian Lien’s Range Rover and mercilessly beat him in front of his family.

The video cuts out right before Alexian Lien, a tech executive is pulled from the SUV, which Bresloff first told investigators happened because the battery died, according to NBC New York. He soon admitted he intentionally turned the camera off.

The video starts with the group riding up the Henry Hudson Parkway, on Manhattan’s Upper West Side. Mr Bresloff happens to catch Mr Lien’s SUV clipping a rider, bringing all traffic on the highway to a halt. 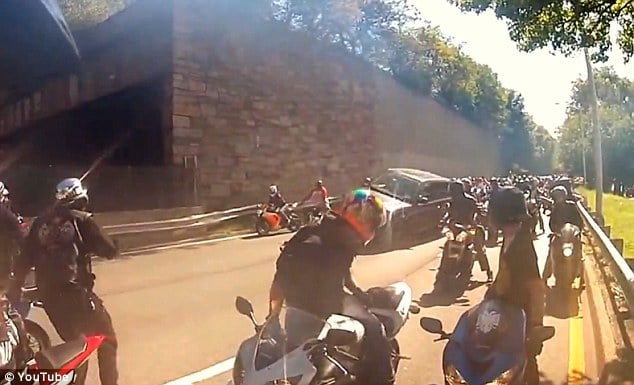 The video then goes on to show an altercation between Alexian Lien and the bikers and a moment where one of the bikers is suddenly clipped by Lien. From there the convoy come to a stop but not before Lien then seeks to suddenly flee.

Slamming the accelerator, Lien goes on to run over a member of the entourage – paralyzing him – while he makes his getaway. Purportedly because he feared for his and his family’s immediate safety as bikers are said to begin to slash the man’s tyres.

Several members of the posse then begin to pursue Lien at a high rate of speed as his SUV barrels up the highway towards the George Washington Bridge.

The Range Rover exits the highway at the 181st street – George Washington Bridge exit, and from there Alexian Lien decides to drive local roads uptown.

Soon catching up to him, various members of the posse begin to smash in multiple windows and the video cuts out. 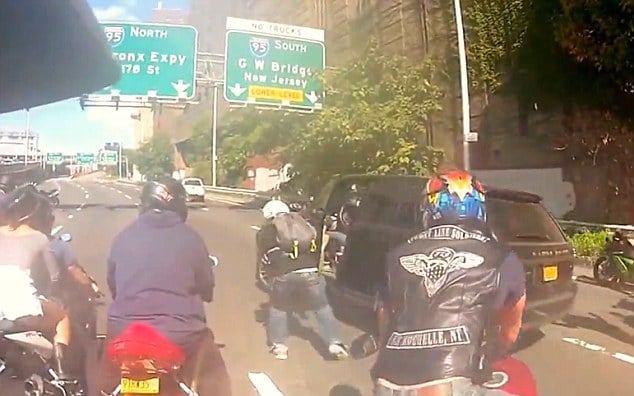 Bikers Reginald Chance, Robert Sims and Christopher Cruz have been identified from the video. A fourth suspect is being sought by officials but has yet to be identified.

As many as six off-duty police officers witnessed the attack, with at least one, an undercover narcotics cop being stripped of his gun and badge. At present authorities have declined to publicly identify any of the officers involved.

Alexian Lien’s six attackers went on to leave him with multiple cuts and bruises, but no serious injuries.

At present Reginald Chance and Robert Sims are in custody after being charged in the attack.

Edwin Mieses, the father of two run over by Alexian Lien, is lying paralyzed in a hospital bed. A potential lawsuit against Lien now on the cards courtesy of celebrity lawyer Gloria Allred who has since been retained by his distraught family.

An investigation into the incident is still ongoing. 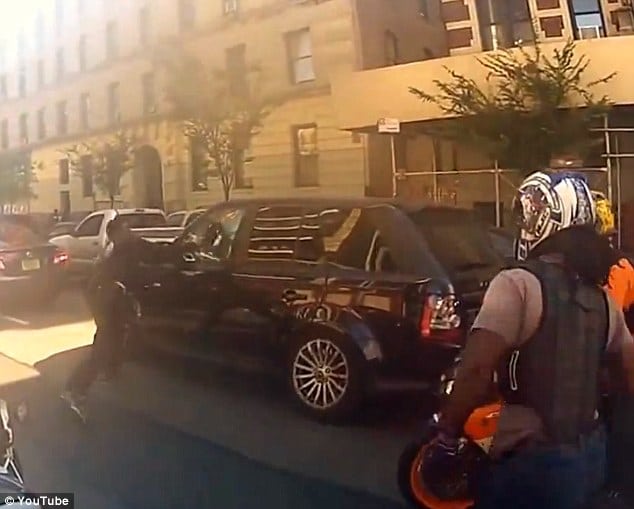