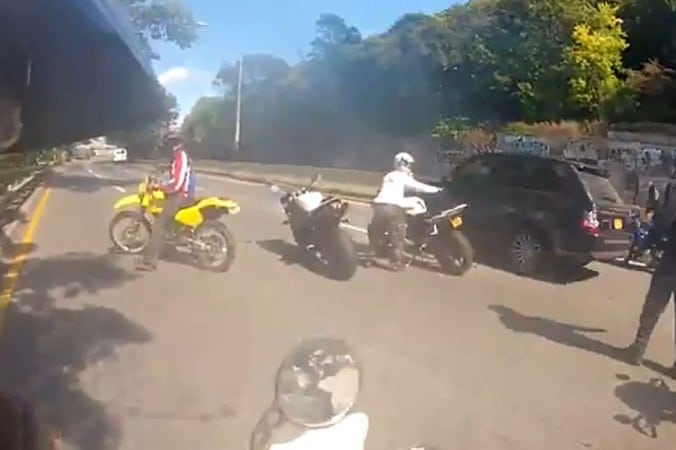 Robert Sims who at one point went to open Alexian Lien’s SUV door is tonight in custody. The Brooklyn man is said to have turned himself to cops earlier today.

Sims, 35, grabbed the door of the vehicle at around 4:50 into the video,reported ABC-7. The video went on to be captured via the helmet camera of another biker.

Police are looking for around six other bikers who may have taken part in the chase and assault that left Alexian Lien beaten. Lien apparently hit the tire of a biker who cut him off in Upper Manhattan, sparking other bikers to attack his vehicle.

As he tried to escape, Lien’s SUV ran over another biker, Edwin Mieses, who is said to be in critical condition.

Meanwhile the nypost goes on to tell that there is as of yet evidence that suspect biker Reginald Chance, 38, of Brooklyn, depicted in video using his chrome-colored helmet to bash in Lien’s driver’s side window, was among those who beat or slashed Lien, a source said.

Chance, who has also lawyered up, still faces possible charges of gang assault, told a source.

It is understood that charges at present pending against Robert Sims.