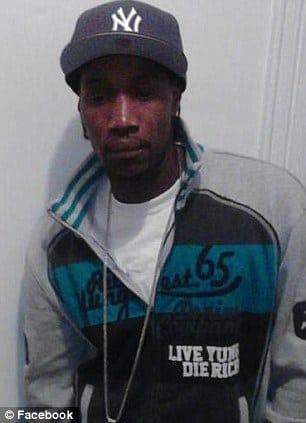 Kevin Bresloff insists he did not tamper with Alexian Lien video. ‘I’m just a witness…

Reginald Chance‘s lawyer, Gregory Watts went on to tell yesterday that his client was justified in attempting to catch up with Alexian Lien after he knocked down fellow biker Edwin Mieses and then fleeing.

Told the lawyer: “It is entirely reasonable to try and identify the driver after a motor-vehicle accident.”

Nevertheless he went on to add that Chance, who when finally catching up with Lien, went on to smash Lien’s window a number of times with his helmet was merely over excited.

He went on to add given the circumstances Reginald Chance’s rage was justified.

Watts then offered that his client’s assault charge was trumped up, because Lien, who received stitches to his face, never had to be hospitalized.

The nypost in a revealing breakdown of Reginald Chance’s prior arrests go on to tell that Chance is a seasoned career criminal with an extensive rap list.

Explains the nypost with indelible lust:

Records reveal junk justice left him free to raise hell after an April drug deal near a Brooklyn school. Chance had allegedly sold cocaine through a middleman to an undercover cop in Bed-Stuy. A warrant was later executed on an apartment Chance was in and turned up cocaine, pot and a loaded handgun.

Chance was busted and hit with gun and drug raps and faced more than 25 years’ prison.

But Brooklyn prosecutors dropped the gun rap when Chance was indicted. A source said the charge was weakened by the fact that Chance — who allegedly admitted the pistol was his — had not been the target of the search for the gun.

From there we learn about other mischief that Reginald Chance has been embroiled in and come away with a firmer understanding of the nypost’s contempt for ‘scum’ like Reginald Chance.

At Chance’s arraignment, his lawyer went on to insist that his client had nothing to do with the actual beating of Lien. An assertion authorities are at present meticulously examining…