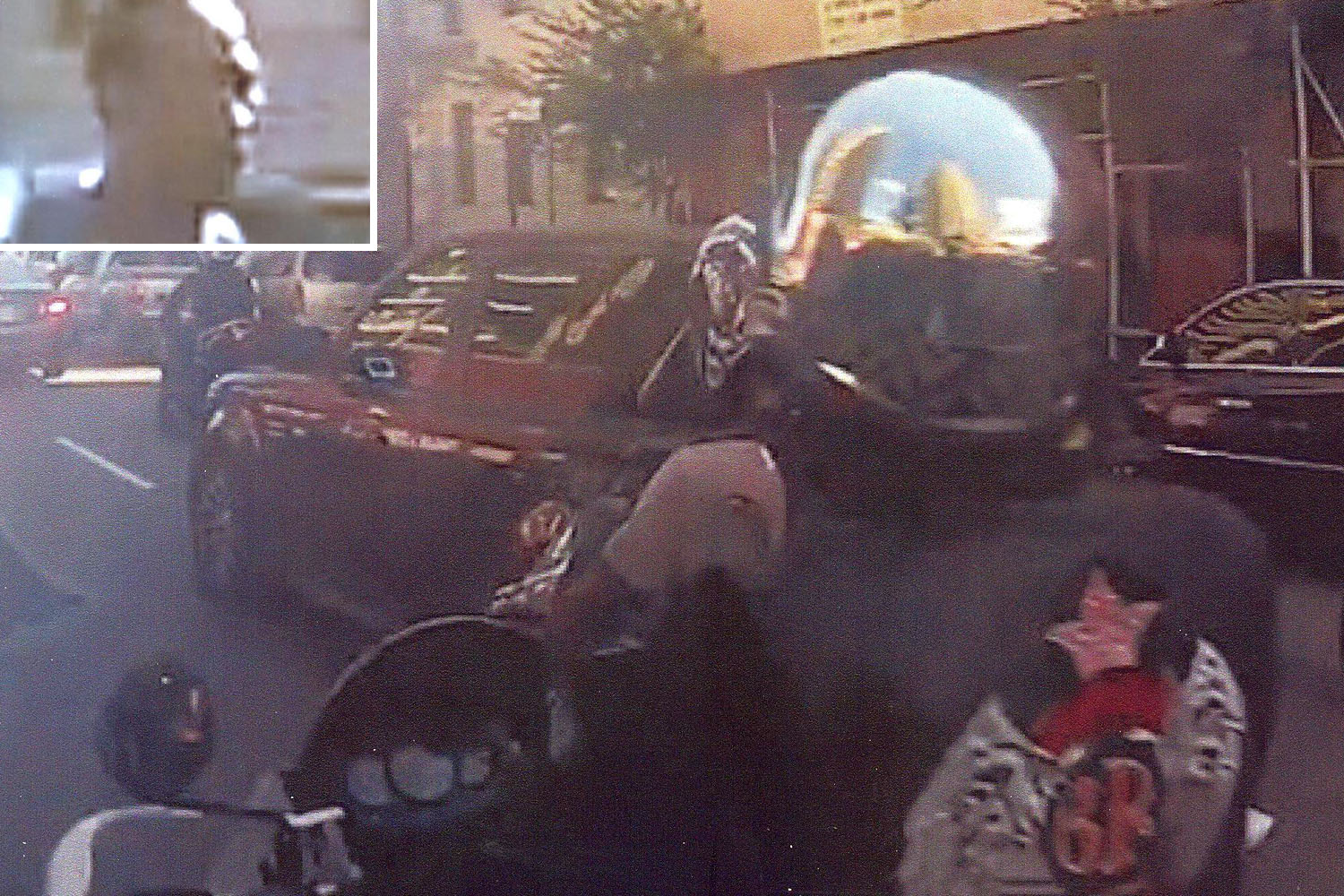 Cops late yesterday went on to charge two of the bikers since identified in last weekend’s milieu, Reginald Chance and Robert Sims.

Chance had gone on earlier this week to hand himself in but at the time authorities had declined to press any charges until a more vigorous investigation took place so they could decide what to charge Chance with.

Since then, cops went on tells the nydailynews yesterday to charge the 37 year old Reginald Chance with gang assault, assault and with criminal mischief in connection to last Sunday’s mile involving Alexian Lien and his family.

The arrest comes as cops went on to identify the Queen’s kitchen hand after he was seen rushing using his helmet to bash in the windows of a defenseless young father, Alexian Lien, moments before a mob of bikers rushed in to beat him.

Officials went on to tell how Reginald Chance used his motorcycle helmet with the number 78 imprinted on it to smash the driver’s side window on the Range Rover before Lien was pulled into the street and attacked by as many as six bikers, while his horrified wife and 2-year-old daughter watched.

At the time, Lien and his family had been driving along Manhattan’s West Side highway, having earlier that day gone out to celebrate his wedding anniversary with his wife and two year old child, before a sudden confrontation with the bikers ensued.

Also detained was that of Robert Sims, 35 who authorities went on to tell stomped on Alexian Lien’s head during the savage beating that took place after bikers chased the young family.

Sims has since gone on to be held in lieu of a $100,000 bail on felony gang assault and assault charges.

The arrests and charges come after overwhelming support for the family and public outrage that the bikers to date had yet not been brought to account.

Then there was this too that made me wonder:

Friends of Sims said the 35-year-old electrician was a friendly guy known in his Brooklyn neighborhood for walking his tiny dog.

“Why would they charge him?” the friend asked Saturday. “He was in the wrong place at the wrong time. How do they know he did anything?”