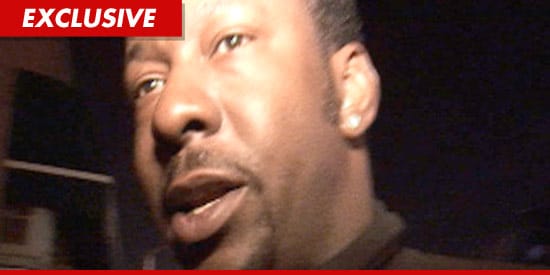 Oh dear, it just never seems to stop. First it was rampant suggestion that Bobby Brown was the reason his ex wife Whitney Houston had fallen off the cliff and eventually succumbed to over the top drug use that eventually led to her death, then it was the family infighting that saw Bobby Brown disinvited from his ex wife’s funeral, then he turned up anyway and caused a scuffle only to be later reported that night to be boozing and gambling after playing a concert. Now the wheels seem to be skidding harder and faster with the barely hour revelation that our collective hero Bobby Brown was arrested in Southern California on suspicion of driving whilst intoxicated.

Initially pulled over for talking on his cell phone whilst driving, the singer went on to fail a field sobriety test and is now under custody in Van Nuys jail. His blood alcohol level at the time was measured reading greater than .08, with the legal limit being in the state of California .08.

Is it little wonder then with his daughter with ex Whitney Houston, Bobbi Kristina’s desire to change her surname and further distance herself from her father is a legitimate one, especially in the face of the Houston family clan’s desire to be up and done with him. Then again perhaps it’s all the recent ruckus that led him to slipping. Once again….

Did Whitney Houston’s boyfriend Ray Jr supply her with coke just before she died?

Whitney Houston casket photo: No evidence of leaker yet.

Whitney Houston casket photo: So who exactly is this new leaker?