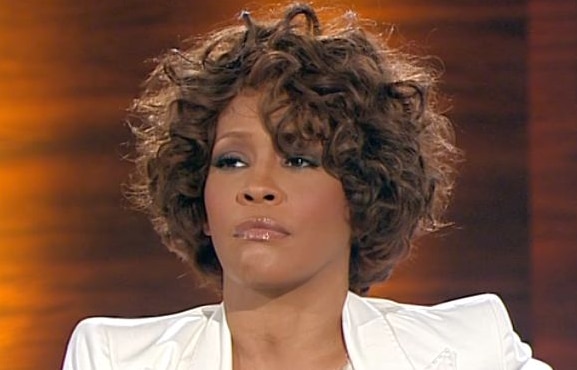 As scrutiny intensifies ahead of Whitney Houston’s funeral this upcoming Saturday it has now been revealed that the fallen singer made up to 3 doctor visits in the week preceding her death. One of those visits included a visit to a Beverly Hills medical building on February 10, to a throat doctor, another for teeth whitening and another it is being reported possibly to a plastic surgeon to consider a facelift procedure. It is at the meeting for plastic surgery where one is given a hint as to the staggered decline of the singer’s health.

At each of those meetings it has yet to be disclosed what or if any drugs were administered , but a hint of the declined health of the singer was intimated when a Dr Marc Mani, a board certified plastic surgeon is alleged to have refused to perform a facelift on the the singer after she failed to pass a medical clearance exam that tests a patient’s heart, lung and liver.

Said an insider: ‘She was concerned about her appearance and wanted a facelift.”

The website claim that preliminary results have revealed sedatives were found in Houston’s system.

Speculation has grown over Houston’s cause of death, which has yet to be determined pending the outcome of toxicology tests that could take up to six weeks.

This on top of the fact that a number of sedatives were found at the time of the singer’s death, including, buprofen – a painkiller, Xanax – an anti-anxiety drug, Midol – for menstrual cramps, amoxicillin – for bacterial infections as well as reports that aides had rushed to clear out a stash of cocaine kept as paramedics were called over last Saturday.

Ultimately one senses that Whitney Houston was very well inured to the use of drugs and very much at home with making the rounds to doctors which alludes at the very least the use of prescribed medicine was a daily ritual in the singer’s mileu as well as the seeking of her time with doctors for procedures. Perhaps the way one sees a visit to the local grocery is the way Ms Houston saw a visit to the doctor. Then again in a culture of heightened expectations, quick fixes and overnight looked like this yesterday and look like this today existences what were expecting otherwise?