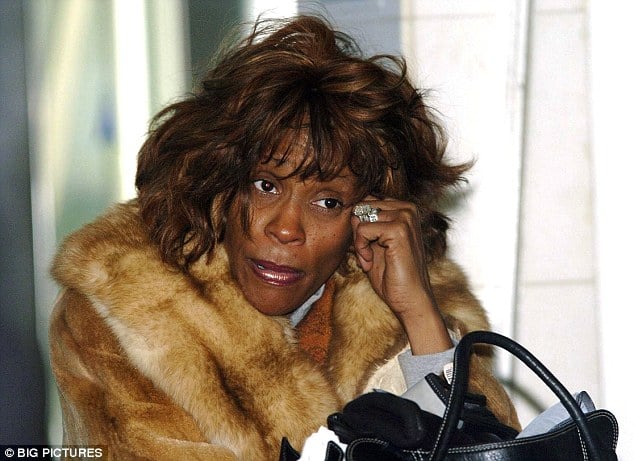 The travails of an inconvenient death.

It seems losing consciousness and spiraling towards death can bring some nasty havoc to one’s personal life. Especially if your personal life involves harboring illicit drugs that could get you into trouble should authorities come across them. Which may explain the swish swoosh sound in Whitney Houston’s hotel room as she lay there unconscious as aides quickly rushed to get  her cocaine stash out of eyesight of unexpected guests who were racing against time to save her life.

But it gets better, according to star via jezebel, when authorities did arrive at the hotel room they found the following yummies: lorazepam, Valium, Xanax, ibuprofen, Midol, amoxicillin and sleeping meds. And there’s this too whilst we’re at it:

“One source estimates the star took 8,000 pills in six months.” Plus: “Insiders tell Star Whitney was abusing cocaine, Oxycontin and alcohol as well.”

The moral of the lesson? Whitney never stood a chance, but maybe that’s why she annihilated herself habitually, thus paradoxically scraping at the wound deeper and deeper until the wound was now an open abyss.

Whitney Houston’s funeral likely to be a cluster fxck for Hollywood.