Chaka Kahn revealed on Piers Morgan Tonight that she, Whitney Houston and Bobby Brown often got high together back in the day. The “I’m Every Woman” singer took to the CNN show to discuss the passing of long-time friend, Houston, even stating that Bobbi Kristina was around when the trio would get their fix.

Kahn also expressed her disgust over the fact that Clive Davis’ pre-Grammy party went on as planned – on the same evening and at the same hotel where Whitney Houston’s body was just four floors up, stating, “I don’t know what could motivate a person to have a party in the building where the person, whose life he had influenced so enormously, and whose life had been affected by hers…I don’t understand how that party went on.”

It was “complete insanity,” said Kahn.

Reflects Ms Khan who is of the opinion that Whitney’s handler’s were careless:

‘I, too, was an addict, [and] I know if I was on the set of a movie, even now and [I’ve been] recovered for seven years, and I found out that I was coming to a city like L.A, we would’ve made specific plans that I come in [the] night before or day of performance,” she said. “Especially if you have not gone in and got proper treatment and gotten your situation handled. That was the first big mistake, for her to come in an entire week before her performance at the party, I would have never done that.”

“I stand on whoever flew her out to perform at that party should’ve provided someone to be there to somehow keep the riff raff from out of the situation. To keep some of the dangerous people away.”

Ultimately though one is forced to wonder how many times one can keep watch over an afflicted individual if they lack the commitment or resolve to stay the course, but then again what does it mean staying the course when arguably the best years of your life are behind you and the best you can hope for is something to lift you for a moment when you so desperately need it….At least Chaka caught herself in time. 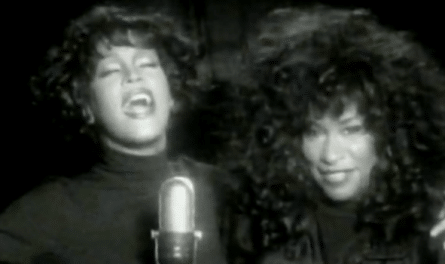