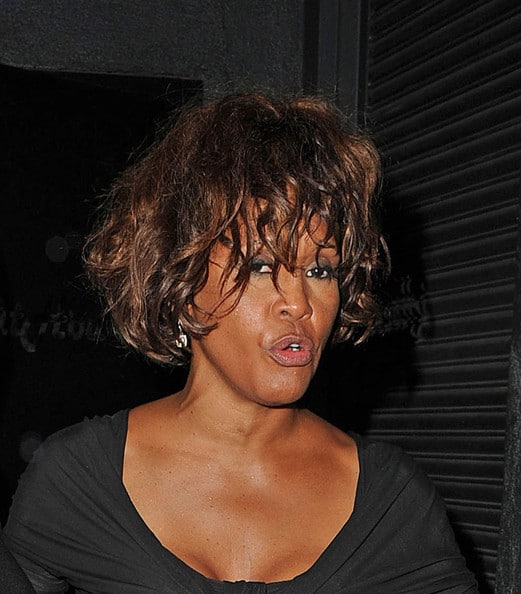 Pictures showing Whitney Houston this past Thursday appearing disheveled and clearly agitated may shed led to the singers state of mind prior to her death yesterday.

Said to have had an altercation with ‘X factor’ finalist Stacy Francis this past Thursday at an R&B appreciation event at the Tru nightclub, Hollywood, photos taken outside the club forebode some drama that the picture taker could hardly have reckoned to what degree at the time the pictures were taken. Indeed the photos give credence to the heightened degree of discord in the singers life that may have eventually lead to her ultimate demise.

A cursory regard of the photos show a belligerent and utterly disorientated Ms Houston, with what appears to be sweat running down her and what onlookers observed to be blood running down her leg. Looking at the photos it seems apparent Whitney Houston has either had too much to drink or is on some sort of drug, whether a legal prescription or illegal drug is hard to say.

The photos themselves, one of many over the years, depicts the talented singer in a way that unfortunately had been known to become her calling card over the last decade and a half- a striking contrast to her often stellar stage presence (reports of her not being able to hit her notes and audience members leaving are rife) and her manufactured depiction courtesy of her Hollywood handlers.

Judging from public sentiment, it hardly seems the way most people will choose to remember the singer, nevertheless it is a disturbing reminder that even those who society so often adulates are so often behind closed doors the ones prone to self destruction and the headiness of self conflict. Which paradoxically may explain their ability to mesmerize us with their art even at the deep personal toll to themselves….

But perhaps the newyorkersummed it up the best:

With the weird blend of investment and helplessness that typifies kin, we’ve watched Whitney Houston die in front of us, slowly and unmistakably, for more than a decade. Now that she is dead at the age of forty-eight, found at the Beverly Hilton, we face a new and weirder blend: the grief you feel for someone you didn’t really know but are unable to pretend you weren’t tied to, and the awkward truth that they’ve met the end you expected. Do we shrug, and walk away, humbled by the brutality of the body’s chemistry? Do we wag our fingers even harder at our kids, as if we can somehow scare their brains into being 2.0 brains? Considering how many times Houston confronted her own addiction in public, her end confirms that the pull of addiction can be stronger than the pull of dignity.

Theory emerges that Whitney Houston may have died due to prescription drugs. 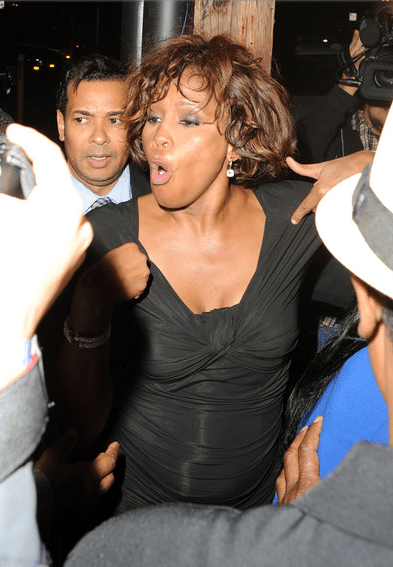 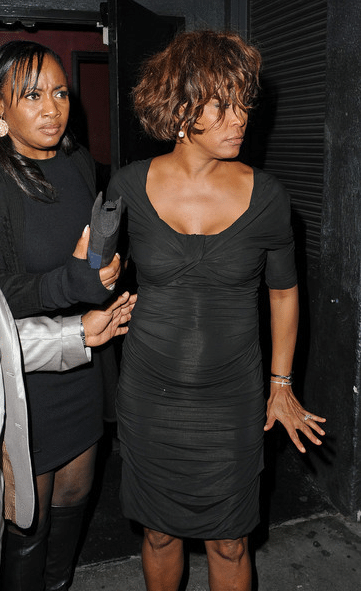 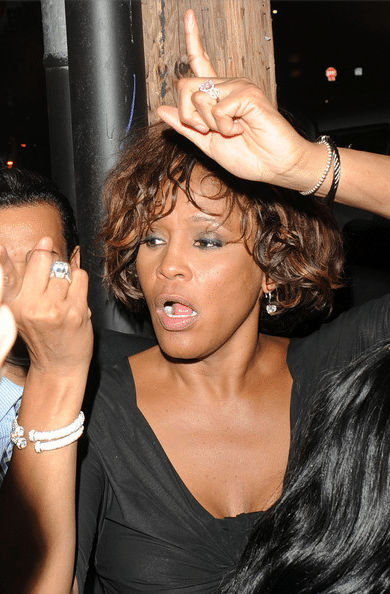 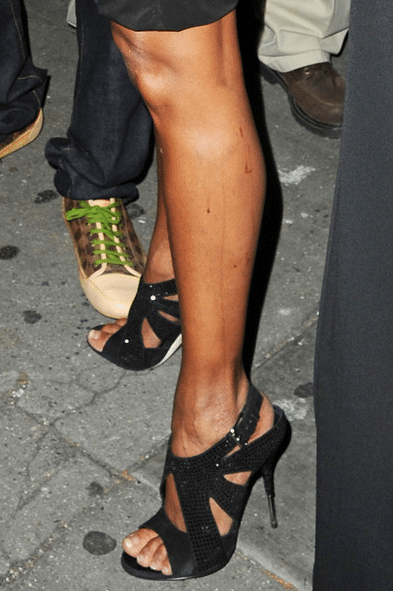