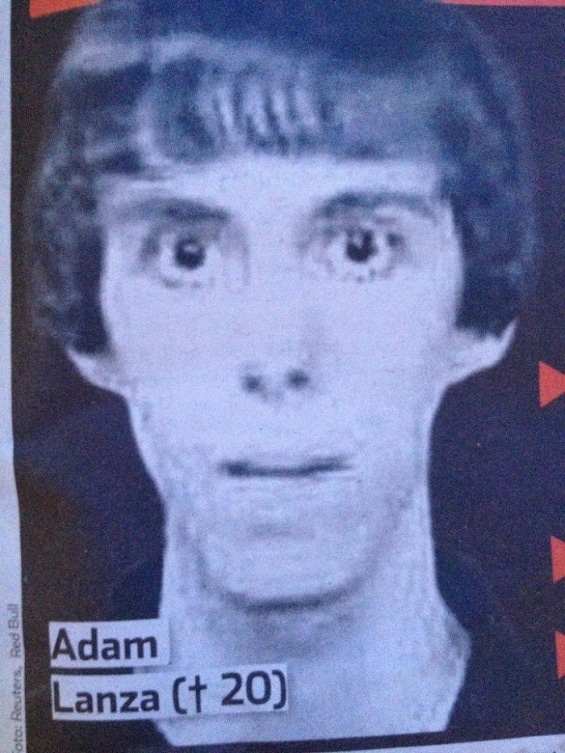 Sources are now opining that Adam Lanza was so mesmerized by the mass murder that took place at the hands of Norway’s Anders Breivik that he planned to emulate the murder spree in a much bigger way. This in part is why he may have chosen Sandy Hook Elementary school cause he hoped to take out as many possible ‘targets’ as possible whilst at the same time living behind a legacy of his ‘feats.’

Quoting two anonymous officials, with inside knowledge of the police investigation CBS News goes on to tell that Adam Lanza may have chosen the school simply because it offered the most victim score kill, because Norway’s Breivik also targeted students and that it would offer more punch as this time there would be young children involved. The officials added that investigators had found credible evidence that Lanza was probably even obsessed with Breivik. Then there was this below as well:

Evidence shows that his mind, sources say, Lanza was also likely acting out the fantasies of a video game as he killed 20 first graders and six adults at the school. For Lanza, the deaths apparently amounted to some kind of “score.”

Nevertheless the Connecticut State Police dismissed the CBS report as ‘pure speculation’ and said the assertions about Breivik are not true.

The UK’s dailymail goes on to note that Breivik, 32 at the time, shocked the world in July 2011 when he planted a car bomb in downtown Oslo, Norway, and then attacked a summer camp run by the country’s Labor Party.

How did it become that Adam Lanza could possibly idealize a mass murderer in Norway and what is it about our society that allows some of us to go to the dark side and attempt to take on a nihilistic reputation and self being? Or should we really be surprised that this does not go on more often, unless of course it actually does….?

And then there was this comment that I came across on the web that made me wonder as well:

This propaganda is ridiculous. I can believe that Lanza killed out of anger, but solely as an attempt to recreate a video game is far fetched. First, the person who knows Lanza’s true motives, the perpetrator, is dead so Lanza took those motives to his grave. Second, those in government leadership with the gun control agenda will spin this tale until it fits their purpose – control guns based on fear.