It doesn’t get more horrific than this. The ruthless car bombing at a downtown government office complex and then 2 hours later a lone man, Anders Behring Brelvik, a purported right wing extremist, disguised as a police officer, wearing a bullet proof vest who then opens fire at an island youth meeting where Norway’s Prime Minister, Jens Stoltenberg was due to attend later that day. The total carnage- 90 and counting. But why?

dailymail.co.uk: Violence or the threat of it has already come to the other Nordic states: a botched bomb attack took place in the Swedish capital Stockholm last December and the bomber was killed.

Denmark has received repeated threats after a newspaper published cartoons of the Prophet Mohammad in late 2005, angering Muslims worldwide.

The failed December attack in Stockholm was by a Muslim man who grew up in Sweden but said he had been angered by Sweden’s involvement in the NATO-led force in Afghanistan and the Prophet Mohammad cartoons.

That attack was followed weeks later by the arrest in Denmark of five men for allegedly planning to attack the newspaper which first ran the Mohammad cartoons.

In July 2010, Norwegian police arrested three men for an alleged plot to organise at least one attack on Norwegian targets and said they were linked to individuals investigated in the United States and Britain. 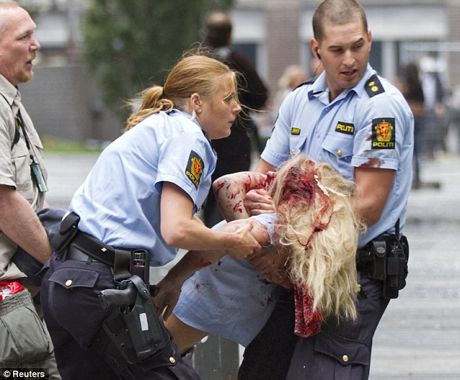 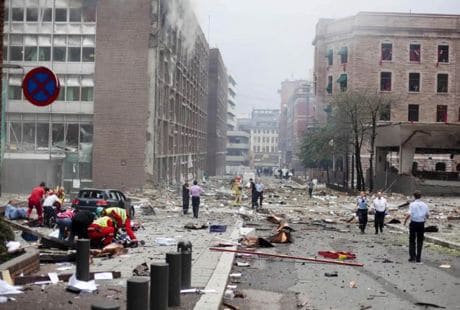 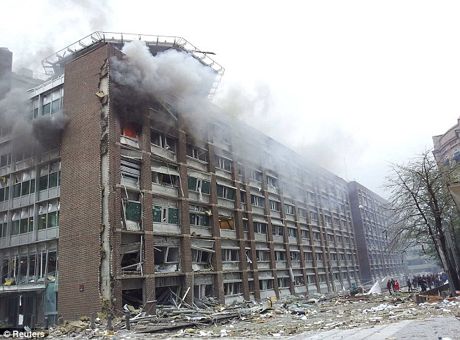 At present authorities can only speculate as to the motivation to peril Anders Behring Brelvik. And indeed who else might he might be connected to that has lent support to his actions. Is it a situation of a nation with a deep connection to the oil industry that has exacerbated tensions, a nation tinged with seething cultural dichotomy with Muslim enclaves disenfranchised or is it a situation within its own populace  of marginalized political franchises that sought retribution for what it perceived to be an imbalance of power and political dogma?