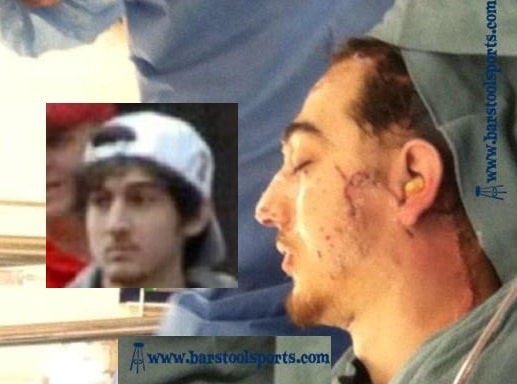 In an interesting twist to the developments involving arraigned Boston Marathon bombing suspect Dzhokhar Tsarnaev and his since deceased brother Tamerlan Tsarnaev comes the assertion via the boy’s mother, Zubeidat that the brothers have been framed.

The mother has since gone on to tell how the FBI had been keeping watch on her eldest son for up to five years he ‘loved Islam.’ She said: “They knew what my son was doing. They knew what sites on the internet he was going to.

“They were telling me that he was really an extremist leader and that they were afraid of him. They told me whatever information he is getting, he gets from these extremist sites. They were controlling him.”

Interestingly the UK’s dailymirror reports that US Government officials have said the brothers were not under surveillance as possible militants. And an FBI statement said the matter was closed because interviews with Tamerlan and family members “did not find any terrorism activity, domestic or foreign”. But now they believe the pair, who emigrated to the United States from Dagestan about a decade ago, were part of a terror cell.

Negating the brother’s mother stand is their uncle Ruslan Tsarni who has gone on to say how the brother’s mother was a bad influence on her sons, and introduced them to Islamic fundamentalism by inviting a hardline cleric to give inflammatory lessons at the family’s kitchen table.

“My brother lost control of it (his family) a long time ago. The mother was very influential. She says they would share everything with her, she had a very strong infuence over them. She was controlling,”

Then there’s this via the UK’s dailymail that made this author wonder:

Vocal fans of the ‘Dzhokhar Tsarnaev is Innocent’ Facebook group have claimed that neither Tsarnaev brother was responsible for the Boston bombing. Instead, they say, a government-funded group of mercenaries from a private company staged the event and framed the Chechen pair.

He was killed in February at a Texas gun range, by a fellow veteran struggling with post-traumatic stress disorder.

But most of them, the House of Saud aside, believe that the Tsarnaevs drew the short end of the criminal-justice straw because of their Islamic faith – a dramatic departure from the more mainstream view that it was that believe in Islam that drove them to kill.

Ultimately one can never really know who else may have been involved in the bombing as the younger brother has gone on to insist that he and his brother were solely involved and if the pair were really framed one is paused to wonder why they put up such a fight and were found to be in possession of staggering amount of explosives and ammunition? Or is this just in the end a clever cover up that the brothers are forced to play their part lest other consequences come to bear…