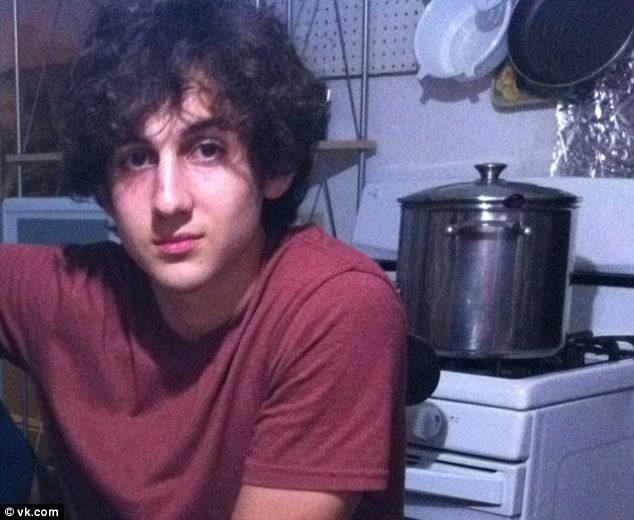 In a new chilling revelation, it has been now revealed that Boston Marathon bombing suspect Dzhokhar Tsarnaev tweeted (with tweeter handle @J_tsar) the following the day of the blasts: ‘Lol those people are cooked.’

The tweet since deleted once again shows the duplicitous nature of the 19 year old who many friends have had a hard time believing was involved in the bombing whilst his tweeter feed on the other hand has shown a capacity for the venomous and sadistic.

Less than three hours the attack, Dzhokhar also took to Twitter to post the following message at 5:05pm that Monday :’Ain’t no love in the heart of the city, stay safe people.’

But just a few hours later he began an exchange with a friend, with the Twitter handle @MelloChamp, in which the 19-year-old which presumably referenced the bombing; ‘lol those people are cooked.’

It has been difficult to ascertain the nature of the conversation as @MelloChamp has since deleted his profile on the micro blogging website, as have many of the other users linked to the suspect’s account.

Ironically the last tweet Dzhokhar Tsarnaev wrote was on Tuesday at 10:43pm, ‘I’m a stress free kind of guy.’