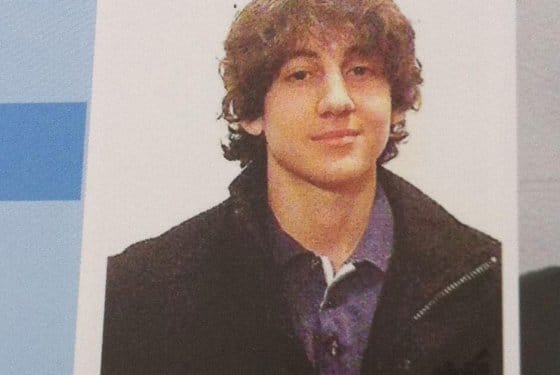 Boston police commissioner Ed Davis has come out this morning to offer that Dzhokhar Tsarnaev and his brother Tamerlan had plans to set off more bombs and to prove this he has referenced arms and explosives that authorities were able to seize on once the brothers decided to come out blazing once authorities named them as chief suspects in the Boston Marathon bombing.

Davis goes on to say releasing photos of  Dzhokhar Tsarnaev and Tamerlan ‘forced them out of their hideout’ and spurred them into Thursday and Friday’s deadly night time car chaos and gun battle with law enforcement.

“It forced them out of their hideout and they decided to commit further violent acts. But it’s my belief that they were already manufacturing explosive devices. Further violent acts were inevitable,” Davis told The Boston Globe.

Multiple handguns, a rifle and at least six homemade bombs were recovered from the scene of the fierce Friday morning gun battle that led to the death of Tamerlan Tsarnaev, 26, in Watertown, Mass.

Nevertheless what remains unsolved is what may have motivated the brothers to undertake such carnage and what they may have hoped to address or if it was simply their plan to invoke carnage and fear for the sake of it? In the end one may have to wonder if there really were more missions in store or if this is authorities’ attempts to quell those who have openly wondered if authorities’ response to the suspects and the revocation of their rights has been heavy handed?

Which is also to say even if more arms and explosives were really found were they actually meant for more missions and if so why bother if there was no clear mission statement, something that authorities to date have not been able to establish which would intuitively negate the idea that the brother’s necessarily had more missions in store.

Or to put it another way, the darker one goes about portraying purported terrorist suspects the darker we allow ourselves as a complicit collective in dealing with such behavior, until one day the rights, liberty and justice that we hope to preserve may be our very own that now only exist in limited form…