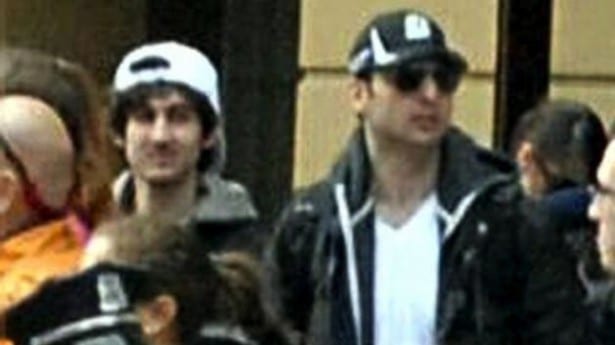 Since Dzhokhar Tsarnaev‘s capture and arraignment yesterday from his hospital bed, the 19 year old who purportedly attempted to take his own life as authorities closed in on him this weekend has gone on to say that he and his elder brother, 26 year old Tamerlan Tsarnaev acted alone in their mission statement.

via gawker: According to CNN and AP’s federal sources, Dzhokhar told authorities that the brothers were motivated by a radical, jihadist interpretation of Islam, but that they trained and planned the attack themselves, spurred on by videos they found online Jake Tapper reports that Dzhokhar also indicated that Tamerlan was, as many had speculated, the “driving force” behind the attacks. Investigators are currently attempting to independently verify Dzhokhar’s claims.

A federal law enforcement official has gone on to tell CNN that while investigators have seen no indication the suspects collaborated with others, they still have plenty of work to do before they can confidently say no one else was involved in the April 15 attack that killed three people and wounded more than 260 others. That official would not comment on any motive or specifics on what Dzhokhar Tsarnaev has communicated to officials.

While Tamerlan Tsarnaev apparently became increasingly radical in the past three or four years, there was no evidence Monday that he had any active association with international jihadist groups. Nevertheless authorities are anxious to quell speculation that the brothers acted in concert with foreign terrorist cells.

And then there’s this via the UK’s dailymail: ‘We have no doubt the brothers were not acting alone. The devices used to detonate the two bombs were highly sophisticated and not the kind of thing people learn from Google,’ a source earlier told the Daily Mirror newspaper of the UK.

‘They were too advanced. Someone gave the brothers the skills and it is now our job to find out just who they were. Agents think the sleeper cell has up to a dozen members and has been waiting several years for their day to come.’

Of course if the brother’s actually did act alone one has to wonder what they ultimately hoped to achieve and what motivations laid at the heart of their actions and how they realistically expected to achieve their aims, something that has not been made clear as  Dzhokhar Tsarnaev remains incapicated with ventilator tubes running down his throat.

Could it be that ultimately the brother’s action said more about their sense of disquiet and disillusionment with life here in the US and the sense of alienation they may have felt with the increasing bone jarring that convinces so many in society that the idea of Muslim faith is a dangerous one inclined to destruct? Or is this more about a reaction to the sense of dislocation and prejudice that the brothers felt in a society that continues to judge them? Or is it simply the actions of two individuals who attempted to be some kind of freedom fighters for a cause they did not necessarily understand themselves…?