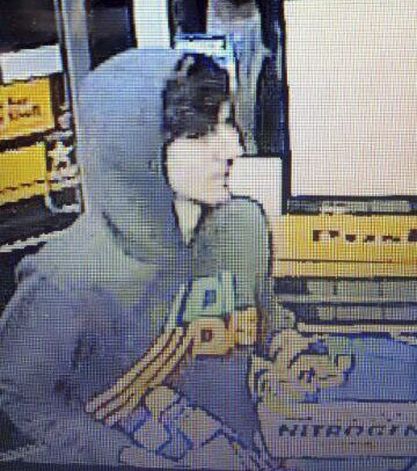 Dzhokhar A. Tsarnaev. Is he part of an international terrorist cell?

Police are currently underway on a desperate manhunt for the remaining suspect of the Boston Marathon Bombing pursuant to the fierce gun battle that took place in the early hours of Friday in the Boston suburb of Watertown.

With one of the two suspects dead (now believed to be the brother of the still alive assailant, and since identified as Tamerlan Tsarnaev by an uncle) and the other identified as Dzhokhar A. Tsarnaev still on the loose after a violent shoot out that saw one transit officer seriously injured and a MIT university campus police officer shot dead after attending reports of ruckus on campus grounds, authorities have put the Boston town of Watertown on high alert.

With authorities now putting the whole area on essential lockdown as they set to go on a house to house manhunt of the assailant this is what is known about the remaining assailant, Dzhokhar A. Tsarnaev.

AP goes on to report that the suspects are from a Russian region near Chechnya and lived in the U.S. at least 1 year.

The UK’s Independent also goes on to add the following:

Tsarnaev appears to been educated at Cambridge Rindge and Latin School before receiving a scholarship to pursue higher education in 2011. His name appears on a list of 2011 recipients of the Cambridge City Scholarship.

In February 2011, a Dzhokhar Tsarnaev was named Student Athelete Of The Month at a Cambridge school.

Authorities have since urged residents in Watertown, Newton, Waltham, Belmont, Cambridge and the Allston-Brighton neighborhoods of Boston to stay indoors. All mass transit was shut down and businesses were asked not to open Friday. People waiting at bus and subway stops were told to go home.

All modes of public transportation were shut down, including buses, subways, trolleys, commuter rail and boats, said Joe Pesaturo, spokesman for the Massachusetts Bay Transportation Authority.

In the end one has to wonder was this all part of an ideological mission courtesy of Chechnyan renegade and overseas terrorist cell operatives, a disenfranchised student along with his brother taking things into their own hands or just a pair who decided to partake in the increasingly favorite American past time of plotting shoot and kill them public spectacles…?

UPDATE: A “Dzhokhar Tsarnaev” has a profile on VKontakte, Russia’s answer to Facebook, and his wall looks… much like the walls of Americans with the names of terror suspects, but with more Chechen jokes. Avaaz’s Ben Wikler pulls a photo from the page (see below)
.

And huffpo also goes on to tell this via reuters that had me wondering what may be at stake as well:

Boston bombing suspect Dzhokhar Tsarnaev posted links to Islamic websites and others calling for Chechen independence on what appears to be his page on a Russian language social networking site.

Abusive comments in Russian and English were flooding onto Tsarnaev’s page on VK, a Russian-language social media site, on Friday after he was identified as a suspect in the bombing of the Boston marathon.

And below from recent video stills: