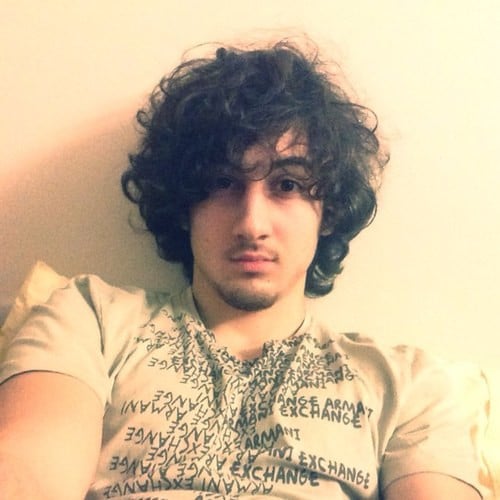 Could it be more ludicrous?

In a sign of how bazaare things really are it is now being revealed that the Boston Marathon Bombing suspect, Dzhokhar A. Tsarnaev has a twitter account which he had active until Wednesday evening in which he was busy tweeting about yes you guessed it the bombing.

gawker: A cached profile photo that matches his picture, and tweets from other users he’s interacted with suggest that this is the twitter account of 19-year-old Dzhokhar A. Tsarnaev, the fugitive suspect #2 in the Boston Marathon bombings: @J_tsar. The account is listed under the name “Jahar,” which is what classmates called him because his full name was hard to pronounce.

Surprisingly, Tsarnaev has been active on Twitter since the bombing. His last tweet was on Wednesday, two days after he is alleged to have helped carry out the Marathon bombing.

Gawker go on to reveal a variety of tweets Dzhokhar A. Tsarnaev has been sending but one does have to wonder if he has in some way being getting off on the pain of the city after his actions and if he somehow perceives himself as some kind of larger than life figure as he goes about having a dialogue with tweeter followers knowing full well his ass was on the ignition side of things.

Making it all that more sad and surreal is the declaration via buzzfeed that all this shit is real and that the twitter account until it was taken down was indeed the real deal. Buzzfeed have an account of other seemingly innocuous tweets that makes one wonder as well. 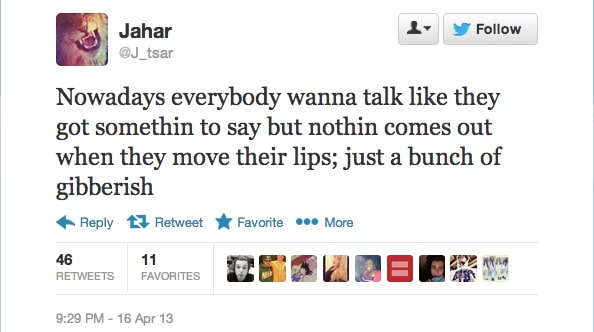