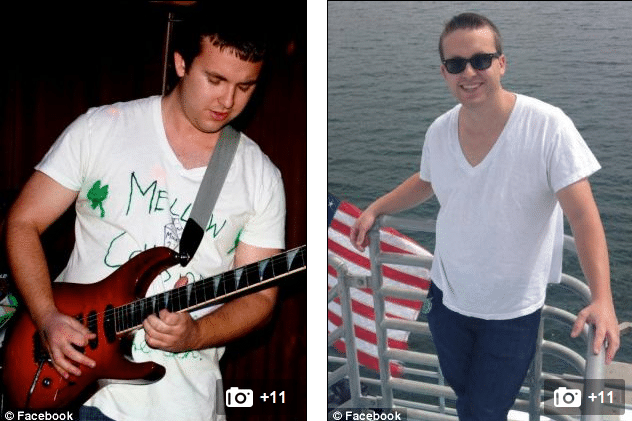 Elliot Rodger‘s best friend, and childhood friend, Philip Bloeser has told that he had offered Rodger dating advice but at the time he had refused to heed his suggestions.

Told Philip Bloeser in an exclusive with the UK’s dailymail: ‘I can’t believe I was friends with a psychopathic, mass murderer.’

Prior to setting off on his retribution video, Elliot Rodger had written in his manifesto that Bloesser was his first real school friend.

Elliot Rodger manifesto: Planned to kill 100′s before killing himself

Elliot Rodger roommates wanted to move out cause they hated him

Yet in an uncanny gesture, prior to taking off on his killing spree, Bloeser had purportedly received an invitation to drop by the his apartment which he shared with roommates, a gesture that Philip Bloeser now denies despite his mother, Cathleen Bloeser having told. At the time Cathleen Bloeser had also intimated that Rodger had intimated to him that he also had sought to rape women, an assertion that Philip Bloeser also denies, arguing instead that his mother was ill and on medication when she gave a statement to reporters.

Prior to his killing spree on May 23 Philip Bloeser would be one of 30 individuals, including his parents and psychotherapist who would receive his manifesto. But it wasn’t until Philip Bloeser turned on the tv the following morning that he had come to find out about his former friend’s atrocities.

It was then that he discovered Elliot Rodger’s manifesto in his email inbox.

Told Bloeser: ‘I have been literally sick every day since this happened. I can’t eat and I’m struggling to sleep.

‘I just can’t believe I was friends with a psychopathic mass murderer. Elliot was incredibly shy and awkward his entire life and it was clear he had issues, but there was never anything to suggest he was capable of this. He never displayed anything even bordering on violence or aggression.

‘If I’d had even the faintest idea I would have done something. Back in January he posted something slightly worrying on Facebook. It wasn’t extreme or aggressive, but he seemed depressed.

‘I can’t remember it word for word, but he was basically saying how lonely he was and that no girls would ever talk to him. I actually posted a comment to try to cheer him up, but he deleted it.

‘I was a bit worried, so I called his mum Chin, to make her aware of it. She was worried as well, but she told me they were doing all they could to help him, that he was seeing a psychiatrist and was taking medication.

‘I honestly had no idea he was being treated for mental health problems, but when his mum told me that I felt reassured and thought, that’s it, case closed, the issue is being dealt with. His parents loved him and they never pushed him away.

‘When I saw what had happened on the news my jaw dropped to the floor and I was shaking in disbelief. Then I read the manifesto. It makes me sick to think just nine minutes later he shot those girls.

‘I have seen Chris Martinez’s father talking about losing his only son and it is absolutely heartbreaking.’

Adding: ‘I could never have possibly imagined anything like this was going to happen. What people need to realize is you cannot rationalize or explain this. He obviously had a serious mental illness; that he was able to hide from the world.

‘Everyone is focusing on Elliot’s lack of success with women, but they need to appreciate he was unable to communicate with anyone. He was so shy and painfully awkward. He had a boring personality and he didn’t talk.

‘He would never dream of approaching a girl, he just expected them to come to him, which they didn’t. Even if any of them ever had, it wouldn’t have lasted long, because he wouldn’t chat to them.

‘I remember he once said to me: ‘I saw this really attractive girl today and she didn’t even come up to me, she ignored me’. I asked him if he tried talking to her and he said no.

‘I tried to offer him advice and encourage him to talk to girls, but he wouldn’t do it.’

Philip – who works in retail – met Rodger’s at Topanga Elementary School, when they were in the same class. They became friends, along with another boy called Addison Altendorf but Philip says he always found Elliot incredibly awkward and shy.

He said: ‘I always like to reach out to people and I am a friendly person, so despite the fact Elliot was difficult to talk to, I became friends with him.’

In Rodger’s manifesto, he first mentions Philip, saying: ‘Philip was always very mature for his age, and he was nice to me on my first day. He became my first friend at Topanga Elementary.’

And perhaps in a gesture to distance himself from the killer, although recognizing that he was friends with Elliot Rodger, Philip Bloeser reveals the didn’t feel as close to him as Rodger made out.

Telling: ‘In reality I was just trying to be nice to Elliot.

‘He was incredibly hard work to talk to and I would always make sure Addison was there when we met up. We really had nothing to talk about. He liked computer games and skateboarding when he was younger, but that was it.

‘I lost contact with him for about three years at one point in our childhood, but other than that we stayed in fairly regular touch.

‘Elliot would usually contact me on Facebook and we would see each other probably once or twice a year. I can honestly say this was the last thing I could ever imagine him doing. Yes, he was shy and yes he was awkward, but that was it.

‘The person described in that manifesto and the person on the YouTube recording is not the person I knew. In the video, he even sounds different, he puts on a different voice. It’s almost demonic.

‘And I was amazed to hear him talk so much and so articulately, usually all you would get were one word, monosyllabic answers from him.

‘I used to try to tell him he had the opportunity to be more outgoing and to enjoy life, but it seems he didn’t ever listen to me.’

From there we find out how Rodger persistently last summer messaged Philip, asking if he was available to meet up. By this point, despite Philip’s good nature, he was trying to distance himself from his friend, because he was so awkward.

Offering: ‘Spending time with Elliot was such hard work, he messaged me a few times and I put it off, but eventually I told him to contact Addison and arrange something.’

It would be the last time they saw each other face to face, and even by then there were clues that Rodger was harboring resentment towards women and the world.