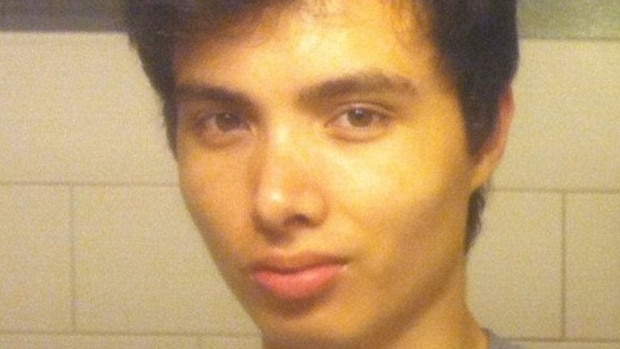 Since the capricious murders at the hands of Elliot Rodger, calls have been made to paint Elliot Rodger as a misogynist under the duress of men’s rights movements. As beguiling as that notion is there’s actually more going on than meets the eye than simply another opportunity from various feminists groups, sympathizers to show how once again (note trending hashtag #yesallwomen on social media) they are saddled with the inequitable treatment at the hands of men and society in general.

Various examples in the last 24 hours have elicited these passages that made me wonder, admittedly in stupor and horror:

dailykos: To men’s rights activists everywhere: when you stand right next to rape apologists, to men who call women animals, and when you allow groups like reddit’s “The Red Pill” to stand with you, when you scream about false rape claims as if all claims of rape are false, it invalidates everything you might be trying to accomplish. I have a laundry list of my own regarding the ways that men and boys are discriminated against in this country. The prime example is the way that our shelter system rips homeless families apart. Because there are so few family shelters, and so many shelters for single mothers, men often choose to be homeless so that their families can have a roof over their heads. This is an issue I’ve worked on, and that I care about. But I’ve never seen you folks mention it. Probably because it has to do with socialism, poor people, and people who might not be right. Instead, you yell about false claims of rape. Even if this is an issue you care about, it’s being drowned out by all the rape jokes you’ve been posting on your cute little forums.

time: Initial reports note that Rodger stabbed to death three roommates before beginning his shooting spree, but his anger appears to have been particularly directed at women. This has led some to speculate that cultural misogyny has contributed to this shooting. For instance, Jessica Valenti, writing in The Guardian states that “Rodger, like most young American men, was taught that he was entitled to sex and female attention.” And Valenti isn’t the only writer to see cultural misogyny at the core of this shooting. Some reports suggest Rodger may have associated with “men’s rights” groups that view women as hostile.

policymic: We live in a society where being white and male affords one with countless privileges and, for some, a toxic sense of entitlement. As Michael Kimmel explains, “righteous retaliation is a deeply held, almost sacred, tenant of masculinity: if you are aggrieved, you are entitled to retribution. American men don’t just get mad, we get even.”

What might perhaps be a more plausible consideration of Elliot Rodger’s behavior is his feeling of entitlement and the negation of that entitlement and the subsequent frustration he felt. An attitude, a condition that has nothing to do with men’s right’s groups but the conflicted sense of a young man who perceives himself to be worth less than other men who are able to find female companionship.

The son of a prosperous and successful film director, Elliot Rodgers had it more easy than many of us. He got to live in luxury, was never denied any material resource he wanted and after a while came to identify success and being with the accumulation of wealth and possessions. Except there was one problem- he had yet to come to possess women or acquire them which he had come to believe given our rampant culture which exudes the notion one can possess or have anything in the world once they acquire status, wealth. Never mind the fact that acquiring friends, compassion, integrity and love often comes as the result of showing such things to others, something which was not afforded to Elliot Rodgers on a regular basis and hence had him believing that he was now owed it because he at least possessed the trappings of success, and desirability: good looks money, an apartment, a luxury car and his families status.

And yet we are told at the same time that the reason Elliot Rodger went on a killing rampage was because he hated women. I think it would perhaps be fairer to say that Elliot Rodger hated humanity and women were an incidental desire given the rise of his puberty and his feelings of sexual inadequacy, rather than an abject loathing of women simply because of their very gender.

Thoughtful members of Men’s rights group do not aspire to denigrate women but to challenge instances where they perceive inequity between men and women, in the same way feminists or women’s rights groups like to point out the inequity in a society that puts them at a disadvantage to men. Like it or not there are instances of unjust and inequity with respect to both genders and not to just one gender and it would behoove the media and journalists in general to keep this in mind rather than writing essays decrying the omnipresent existence of hate towards women. That is simply not the case.

If degrees of injustice or inequity does exist it is often at the hand of institutional coercion, be it in education, legally enshrined or just cultural, which by proxy forces many of us to accept the view that the woman must stay at home and have the babies whilst the man must go out and assert his power and will and bring back the bacon. A view and semblance that is not readily too absorbed and lived by most of us in the modern era, nevertheless disingenuous views towards both men and women still run rampant and abuse will happen.

But let us be clear, the case of Elliot Rodger is not an excuse to point the finger at all men and say that somehow we have allowed a culture to persist where disorientated men like Elliot Rodger can come to believe and expect that women will behave as he wishes because they are objects. That has I believe more to do with the circumstances of his upbringing and inability to express compassion, love and integrity, something one wonders the young man necessarily was able to feel or accept in his immediate surroundings and by puberty had come to believe women were the perpetrators of his pain when it is painfully obvious this young man’s pain comes as a result of low self esteem, trust issues and self hate.

Yes men and women have problems and yes there are some men and some women who readily abuse the other gender but let us stop and think to ourselves, the root cause of misanthropy, misandry and misogyny isn’t the result of a willful desire to usurp the other but rather the inability of some individuals to see through the guises of entrenches cultural norms that has for better or worse informed the way some of us react to rejection from the other gender as in Elliot Rodger’s case.