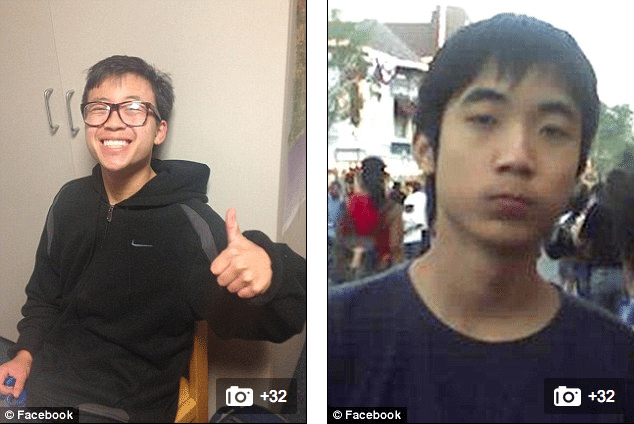 Authorities have this evening released the names of the three roommates mutilated at the hands of Elliot Rodger.

The names included are those of George Chen, 19, of San Jose and Weihan Wang, 20, of Fremont along with Cheng Yuan Hong, 20, of San Jose.

All three victims were UCSB students. They were found deceased with multiple stab wounds in Rodger’s apartment located in the 6500 block of Seville Road in Isla Vista.

Elliot Rodger, 22 was living with the students at the Independent Living Institute in Santa Barbara, according to CBS. According to the site, it ‘serves handicapped, developmentally delayed, and under-educated individuals in the areas of independent living, academics and vocational skills.’

Authorities would tell that Hong and Chen were listed on the lease along with Rodger. Sheriff’s investigators are in the process of determining whether Wang was also a roommate or was visiting the residence.

In a twist of bitter irony, Hong had recently been accused of stealing candles from Rodger.

The Santa Barbara County Sheriff’s Office mentioned the case at a Saturday press conference, saying Rodger contacted the sheriff’s office, reporting his roommates had stolen candles. Hong had been charged with petty theft, after pleading guilty.

The murder of the room mates had been ominously marked in Elliot Rodger’s manifesto prior to the actual realization of his plan where he spoke of the satisfaction he would derive by murdering his roommates.

The discovery of the roommates comes along with the shooting murders of three random students, Katherine Cooper, 22, and Veronika Weiss, 19 who were gunned outside the Alpha Phi sorority house and a little while later Chris Michael-Martinez, 20 who had entered a convenience store the moment Elliot Rodger had.

Ironically, Veronika Weiss’ father, Bob Weiss would tell that his daughter was the kind of person who often reached out to awkward young men who felt like outsiders at school.

‘It’s ironic. She hung out with a lot of the scholarly students at school. Some of the boys, they gravitated to her – not as boyfriend/girlfriend so much. If they were a nerdy kid who felt out of place, Veronika would welcome them,’ said Weiss.

‘She was everybody’s daughter. She was a wonderful citizen of this world.’