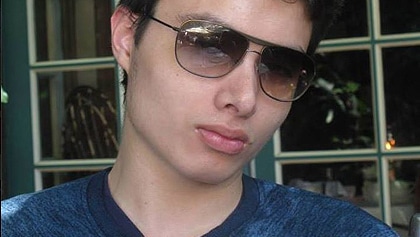 In startling revelations, family attorney Alan Schifman has told that Elliot Rodger ‘s father, Hunger Games assistant director Peter Rodger had in recent weeks prior mandated his son attend to mental counseling, even at one point calling police to investigate their son.

In a statement, the lawyer told that the family ‘want to send the deepest condolences to all the victims’ families involved at this time,’ and were beyond ‘devastated.’

According to ABC News Elliot Rodgers was allegedly being treated by multiple therapists after his father became alarmed at the decelerating state of affairs of his son’s mental well being.

According to Schifman, questions had been raised about Elliot Rodger’s well being in the last several weeks. His parents had allegedly reported his disturbing YouTube videos to police. Schifman also said that Elliot had been questioned by police, however did not specify which jurisdiction.

According to ABC News: ‘Schifman said Rodger was diagnosed as being a high-functioning patient with Asperger syndrome and had trouble making friends.’

Schifman said in recent weeks that Rodger’s parents were concerned for their son’s well being and reported his disturbing YouTube videos to police, which lead to an investigation. According to Schifman, police interviewed Rodger and found him to be ‘polite and kind.’ He did not specify which law enforcement division conducted the interview.

Schifman would reiterate that police did not find a history of guns, but did acknowledge telling cops that Elliot Rodger ‘didn’t have a lot of friends,’ had trouble making friends and didn’t have any girlfriends.

Added the lawyer: ‘There was an incident probably a year and a half ago where he was…he fell from a balcony at a party or was thrown off of it. I think he was probably a victim from my understanding of bullying throughout his life… I’m sure that had played a role in the terrible consequences from last night.’

Added Elliot Rodger’s 89 year old grandmother via Kent, UK: ‘He was a very disturbed boy. He lived in California but of course I’d known him. This is just one of those very tragic things. I don’t want to talk about it any more. This is a rather difficult time.’

Last month, a photo on Facebook showed Elliot with his father and step-brother Jazz on a garden swingseat. The body language spoke volumes. While the younger boy and his father embraced, Elliot sat sulking at the end of the seat.

Then just as suddenly as he had backed off his youtube postings, Elliot Rodger was once again posting, innocuous posts at first, remarking about the sunset before starting to talk about how he hated women.

Widely ridiculed, he had become a mini celebrity on the Puahate site.

Saying goodbye to Puahate he wrote: ‘You’re all jealous of my 10/10 pretty-boy face. This site is full of stupid, disgusting, mentally ill degenerates who take pleasure in putting down others.

‘That is all I have to say on here. Goodbye.’