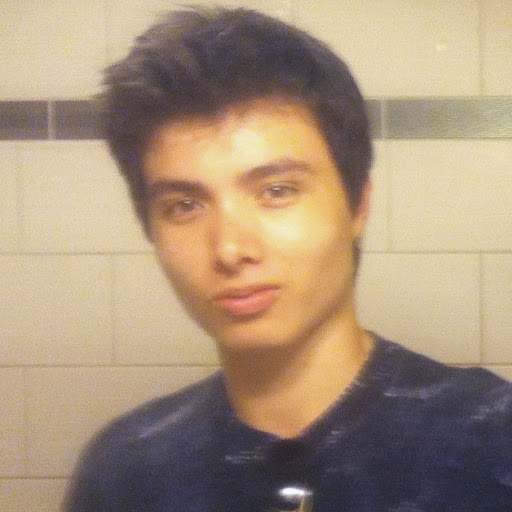 In a new startling revelation, Elliot Rodger the individual behind the cold blooded shooting of six sorority girls had posted literally hours before his shooting rampage a youtube video titled ‘Why do girls hate me so much?’

Tells the disenfranchised man: ‘Girls have never seemed to have any interest in me, and I want to know why. I’m such a perfect, beautiful, fabulous guy. I should never have had any problems with girls, but I do, and I find that ridiculous.

This video is a reupload. I had to take the last one down because it gained too much negative attention. I’ll keep uploading it until I get at least one honest answer from an actual girl.’

The video comes in addition to his retribution video (see below) that he had posted purportedly a day ahead of his drive by shooting rampage. A video where he warned he was set to finally unleash his venom of retribution against women.

‘College is the time when everyone experiences those things such as sex and fun and pleasure. But in those years I’ve had to rot in loneliness. It’s not fair. You girls have never been attracted to me. I don’t know why you girls aren’t attracted to me. But I will punish you all for it,’ he says in the video, which runs to almost seven minutes.

‘I’m going to enter the hottest sorority house of UCSB and I will slaughter every single spoilt, stuck-up, blonde s**t that I see inside there. All those girls that I’ve desired so much, they would’ve all rejected me and looked down on me as an inferior man if I ever made a sexual advance towards them,’

‘I’ll take great pleasure in slaughtering all of you. You will finally see that I am, in truth, the superior one. The true alpha male,’ he laughs like a maniacal movie villain. ‘Yes… After I have annihilated every single girl in the sorority house I will take to the streets of Isla Vista and slay every single person I see there. All those popular kids who live such lives of hedonistic pleasure…’

Could it be in a hyper masculine culture where young men are expected to define themselves by their sexual acquisitions, material success and hyped up male dominance (aka bro culture) that many are felt compelled to go overboard to prove that they are the alpha male women are supposedly desperately all looking for? And then what happens amongst those males who through social inertia, indecision, a lack of confidence, poverty, who are not able to convince women that they are not worthy of love? What outlet do these men have and does it come down to a society where the Alpha male always gets the woman where as the rest fend for themselves? Even if that means taking to extreme violence as in the case of Elliot Rodger?

What he said was that he was a victim of feminism. I was being sarcastic. Blaming an entire group for the actions of a sociopath is BS.  The murderer is responsible for the murders, not feminism.

This is what the men’s rights movement and red pill rhetoric does to somebody.

This guy wasn’t crazy: violent misogyny is not a mental illness.

He could have hired a prostitute. You know with all that money he had and he could have drove to nevada where prostitution is legal in several counties. This person was struggling and had no one to talk to. He was in great pain and I understand as I have felt pain similar to this, but I did something about it. He didn’t and we are dealing with the consequences.

I hope you have found peace wherever your are.

Society did this to this person and we have to take responsibility for the culture we have created.

For all you guys out there who can’t find the ladies… this is an example of what women find unattractive. Guys who think because they have a nice car and money that they should be able to find someone…. its your personality you idiot.. women hate you because your a narcissist.

it’s called mental illness, not every rich person has narcissistic personality disorder. It’s amazing how class can just cloud people’s judgment. It isn’t defending him. Any idiot watching the video can see he is sick and needs psychiatric help.

really think people should stop this ridiculous focus on “fairness.” This unfortunate person is a perfect example of of a person preoccupied with “fairness.” As many wise people have said throughout time, “Life is NOT fair!” Failure to recognize and accept that leads to a lifetime of disappointment and brooding. What’s fair to one person is inherently unfair to another. Sometimes you win, sometimes you lose, sometimes the deck is stacked against you. Get OVER it and get on with your life! Nobody owes you anything.