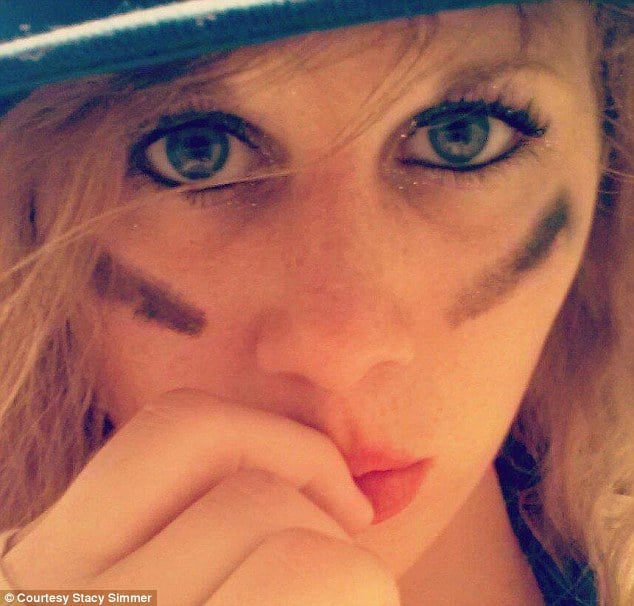 The diminished lives of Katie Cooper and Veronika Weiss.

As the names of three of six of Elliot Rodger‘s victims have been released to the public, questions are being asked as to the identity of the individuals, Katie Cooper, 22,Veronika Weiss, 19 and a third individual, Christopher Martinez at a nearby convenience store who who by the course of fate would all be felled by a young man seeking self empowerment and retribution against a world that in his eyes had deserted him.

What to date has been understood is that the two women gunned down outside of the Alpha Phi sorority of University of California Santa Barbara (USCB), were both sorority sisters of the nearby the Delta Delta Delta organization.

According to her Facebook page, Katie Cooper, 22, majored art history and archeology at UCSB.

‘She was a shining star,‘ told Cooper’s aunt, Stacy Simmer.

Simmer said San Bernardino sheriff’s deputies came to her sister’s house at 10am Saturday and told her that Katie had been killed in a drive-by shooting.

‘I was on my way to church and my brother-in-law, Dan, called me and said, “Stacy, are you driving? I need you to pull over because I have something terrible to tell you,’ recalled Stacy Simmer. ‘’There was a guy in a car and he was driving around shooting people, and Katie was one of them and she was killed.”’

Reiterated the aunt: ‘Katie was the apple of all of our eyes… She had a 4.8 GPA and did a lot of charity fundraising for St Jude’s Children’s hospital.

‘She was studying archeology and she was in in a wonderful sorority.

‘Her parents, Katie and Dan, left for Santa Barbara as soon as they heard. Her two brothers, Nick, 26, a chemist in Colorado, and Jon, still in college, are on their way there now.  They were as close as any siblings can be.’

Stacy Simmer said she was told by her sister that when her niece’s body is released to the family sometime next week, she will be laid to rest in their local Catholic church.

Since the tragic deaths of the women, hundreds of supportive messages have filtered in through social media and other avenues to help the families make sense of this senseless killing.