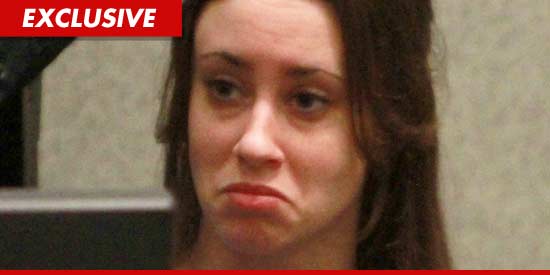 Casey Anthony (yes kids she’s back in the news) has scored a victory of sorts after a Florida court dismissed in part a claim to the tune of $100 000 against her by a volunteer group who sought to recoup money they spent on searching for her missing daughter, Caylee Anthony.

The plaintiff, Texas EquuSearch, tells nbc organizes search efforts for missing persons and claims that in 2008, it spent over $100,000 searching for Anthony’s daughter, Caylee Marie Anthony, who was presumed missing at the time.

In documents provided by the court, Texas EquuSearch stated that Anthony enlisted the organization’s help in the search for her daughter even though she knew at the time the 2-year-old girl was dead.

Caylee’s body was later found discovered, at which point Anthony claimed her daughter had drowned in the family’s swimming pool.

The suit came at a time whilst Texas EquuSearch was in the process of suing Anthony when she filed for Chapter 7 bankruptcy earlier this year.

In early June, Anthony’s lawyer David L. Schrader interestingly went on to file to have the case dismissed, arguing that Anthony was not responsible for the search company’s involvement and that the debt should be discharged under the bankruptcy code’s policy of providing debtors with a “fresh start.”

Peter D. Russin, Texas EquuSearch’s lawyer, argued that Anthony’s bankruptcy did not nullify her debt of the over $100,000 that the organization spent “searching for a missing child, who was not actually missing.”

Of course one is sure to wonder why or how the jury missed this one, not that the public wont….

Anthony, who was widely vilified at the time of her trial for murder, has barely been seen in public since being acquitted of killing her daughter.

She claims to be nearly $800,000 in debt thanks to heavy legal fees, and a bankruptcy trustee has sought to sell off the rights to her life story in order to pay her bills.

Although Anthony was found not guilty of murder in 2011, she was convicted of lying to police after it emerged that she had made up her explanation of why Caylee was missing.

Casey Anthony lives it up on the beach but she has a few complaints. New pictures.

Will Casey Anthony break her cover to visit her dying grandmother?

Casey Anthony will be a free woman at midnight once her probation ends.

Casey Anthony on the run as hideout is leaked

Casey Anthony: fat, unloved and broke. But why do we care?