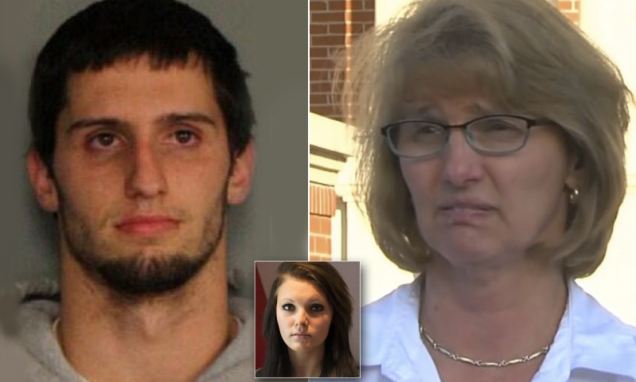 In a shocking breakdown, Matthew Barnett‘s mother, Shirley Barnett has stepped forward to tell that her ‘son is the real victim.’

The revelation comes courtesy via an exclusive with the UK’s dailymail, where the mother, Shirley Barnett goes on to reveal that her son, Matthew is now being ‘assassinated.’

Told Matthew Barnett’s mother: ‘The more you dig, you will get closer to the truth. It is not on the surface, you’re going to have to dig for it, unfortunately we can’t help with that because that is not our personality.

‘I teach school and I teach people in my class, you treat people the way you want to be treated.’

Adding furore and hostility towards her son is the fact that since Daisy Coleman went on to claim she was raped at the hands of her son, her and her family went on to be subjected to bullying and harassment, something Shirley Barnett believes ought not to be attributable to her son.

Reacting to the fracas, Matthew Barnett’s grandfather, Rex Barnett, a prominent Republican State Representative before stepping down in 2002 went on to describe the events of the night as a case of ‘incorrigible teenagers’ just ‘doing what they wanted to do.’ Interestingly he went on to add: ‘There weren’t any consequences.’

Went on to tell Shirley Barnett of Melinda Coleman, the mother of Daisy Coleman who has gone on a media pow wow this week in search of justice for her daughter:

‘This whole thing is one sided because that is the way they have chosen it to be.’

Asked how her son is coping with all the attention, Shirley Barnett went on to say ‘he’s facing some major issues.’

‘You can’t have your picture plastered all over the world news and be portrayed as something when you known in your heart what happened and be OK. How can anybody in our family be OK over this’.

Since hacker group Anonymous has come into the fray, tensions have gone on to also escalate.

‘We demand an immediate investigation into the handling by local authorities of (the victim’s) case. If Maryville won’t defend these young girls, if the police are too cowardly or corrupt to do their jobs, if the justice system has abandoned them, then we will have to stand for them. Mayor Jim Fall, your hands are dirty. Maryville, expect us.’

Since the case has received prominence, Shirley Barnett goes on to tell a number of online threats have also been made against residents of the town.

Told Matthew Barnett’s mother: ‘This is ridiculous. The city is not involved. There are people who have businesses in this town who have no relation to the case, no relation to us and people are harassing them.

There are Universities in the state with children from Maryville and they are having to be walked to class because of threats made over the internet, threats that are being made to them. It’s getting worse and worse.’

I feel for this girl, and the story states the other young man taped this on his phone – shouldn’t that answer all questions? We have a generation of mutant monsters and sadly one day they will be running this world. I wish young girls would not drink and put themselves in these positions, because apparently there are many people who won’t help a young girl, but use them and then constantly abuse them until they take their own life to end the torture. It is so disgusting what we have created and the parents who refuse to take responsiblity for their creation is even worse than the crimes their little (innocent baby) monsters commit!