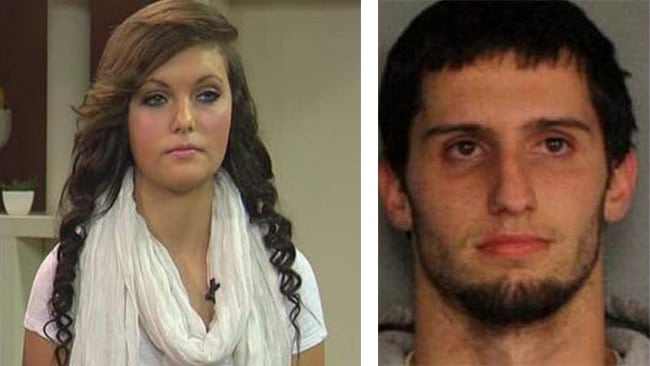 #OpMaryville: Seems that Anonymous‘s presence in the Daisy Coleman rape saga along with heightened media interest has gotten Missouri’s legal upper ups to start doing cartwheels and then some.

With Prosecutor Robert Rice announcing that he is now exploring bringing on a special prosecutor to see if new charges ought to be put to Matthew Barnett, speculation is mounting as to what anonymous may have next up their sleeve as pressure mounts to bring justice to Daisy Coleman.

Meanwhile, anonymous went on to post the following communique (below) yesterday where they went on to give their views as to how legal higher ups are performing and perhaps what might soon come out with some ingenuous exploring…..

via pastebin:  We are Anonymous.

Over the past few days we have witnessed the internet unite around a single cause, justice for Daisy Coleman, her friend Paige, and their families. Netizens from around the world have come together, not only to defend victims of rape, but to attack a system that has continuously failed to punish rapists for their crimes. We have been horrified to discover the extent to which police and state officials are willing to go to protect themselves, and their allies, at the expense of these victim’s honor.

Dear Sheriff, what could we possibly have done to offend you? It was obvious to us at the onset of our campaign that your role in this travesty of justice was minimal. You’re just a small town guy, with no where near the authority required to effectively cover up the rape of a 14-year-old girl. We know you couldn’t if you tried. There are important people that need to be held accountable for this, not you.

Also, please don’t patronize us for being economically challenged. Our parents are decent, hardworking folk. They weren’t really using the basement anyway, except to store this old ping-pong table and it’s not in the way or anything. So, if we have to stay down here for a while with a bunch of rusty old tools and 30-year-old stacks of Playboy magazines (don’t tell mom) until we can get back on our feet, there’s nothing wrong with that.

Since you brought it up, if for instance one wanted to, saaaay… apply for a job with the Maryville Sheriff’s Department, how would one go about doing that?

Thanks for reaching out.

P.S. I’m sorry we haven’t broken any laws. We know that would really help you out of this.

Bob, can we call you Bob? Bob, we had a statement prepared earlier. And frankly, we wish we could hand that document over to you, but unfortunately, those records have been closed. Really sorry about that. I guess we’ll just have to continue to speculate about our intentions.

In spite of how brutal and gruesome the sexual assault of a 13 and 14-year-old girl really is, let’s take some time away from focusing on that aspect of this case and discuss how truly awful this entire ordeal has been for you. We understand that you have high expectations for your career and your reputation is very important to you. We just want to apologize, you know, in spite of this whole rape thing, if you feel some sort of… umm, injustice has taken place here. At any rate, you’ve clearly gone through a traumatic event and if you want to take some time off, perhaps a term or two, we’d totally understand.

Just to clarify one thing… did you just tell the press that in order for a sexual assault to occur the victim needs to prove it? Damn. Maybe you and Guy of Gisborne can take a fishing trip together. The Sheriff should have some free time coming up anyway, you know, with rape victims now being responsible for investigating the crimes against them.

It must have been so disappointed for you, having become Attorney General of an entire state, to find your position so limiting. Truly, if there is any injustice here, it’s that your hands are tied. You’re the ATTORNEY GENERAL OF MISSOURI and you have no ability to exercise influence over the actions of a small-town prosecutor in your state? That’s astonishing, almost completely unbelievable. And it’s unfair, really, when you think about it. In some other circumstance, a person in your position could cowardly hide behind one law, while refusing to enforce another, the laws against raping 14-year-olds, for instance. Ironic, really. We hope one day you have the power you need to actually do you job.

To the people of the Internet:

We are not conducting this operation, you are. It is you who will find justice for the real innocents in Maryville. Please continue to support the actual victims of unspeakable crimes. Don’t let a knuckle-dragging cop, an unscrupulous attorney, or a some spineless state official provoke you into losing control or forgetting why you started fighting back in the first place. These people reek of fear. Daisy and Paige are winning. We love you. Don’t back down.

That’s all for now.