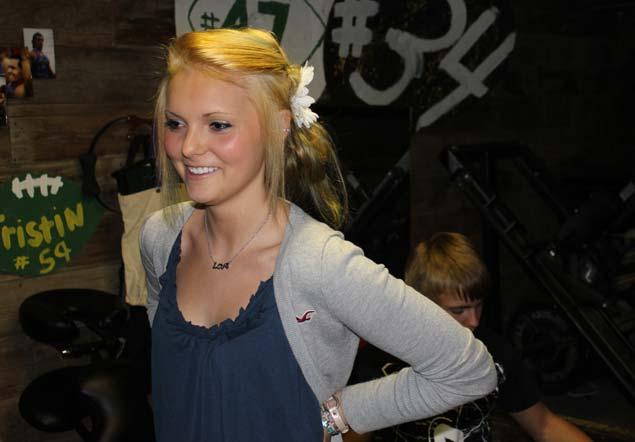 Daisy Coleman exclusive: I was taken advantage of, they fed me a ‘bitch cup.

As calls have been made to once again bring Daisy Coleman‘s rapist, Matthew Barnett to account, new questions are now being asked as to why Prosecutor Robert Rice declined to proceed with the case after Sheriff Darren White telling that he had the evidence and confessions to go forward.

At the time, Barnett and two other boys went on to be charged but inexplicably without telling the Coleman’s, Prosecutor Robert Rice decided to drop the case.

Told Rice in a statement on Tuesday:  “the state’s witnesses refused to cooperate and invoked their Fifth Amendment privilege to not testify.”

Yet what makes the above assertion confusing and somewhat dubious is KTUR’s assertion that Rice had told them in July that, in fact, the victims’ families had ultimately sat for interviews with him and the accused boys’ defense attorneys.

Also confounding matters as to why the case failed to go to trial was Sheriff Darren White’s assertion that he believed that Daisy Coleman and her mother helped torpedo their own case.

Offered Robert Sundell, Matthew Barnett’s lawyer at the time: “The (prosecutor) did the right thing by dismissing a case that could not be proven, and it probably would have been unethical for the prosecutor to continue prosecution when the substantial evidence pointed to Mr. Barnett’s innocence,”

Yet what remains a mystery is why was there now the view that there was a lack of evidence after Sheriff Darren White initially went on to tell the Kansas City Star that his office had more than enough to go on?

Goes on to contemplate kcur:

“White is angry about the social media slurry surrounding the case – but his criticism is directed at the Colemans.  The alleged victims were “harpooning the case,” he said, taking a case with seven witnesses to a case with 200 witnesses, which muddied the waters. White agrees with Rice’s decision to dismiss the case.

“What really fell apart were the victims and the victims’ families. They’re the ones that actually, absolutely destroyed this case,” White said. “All on their own, all by themselves.

“At least the suspects were smart enough to keep their mouths shut after it all happened.”

If things were tense in town — and people took up passionate sides —  the relationship between the Colemans and law enforcement was even worse. The sheriff accuses Melinda Coleman of being hostile and uncooperative. Melinda Coleman says she felt scared by the anger shown by a sheriff’s department that had turned against her. At one point, the Colemans did refuse to cooperate, but later changed their minds and were interviewed.”

Incredulously Rice went on to tell that there was no evidence with which to proceed with as the video of the rape had been deleted (never mind the confessions and the medical report earmarking forced vaginal entry):

“As a minister of justice, I have to dismiss the charge when there’s not the evidence there to pursue a criminal case and regardless of what social media or other outlets want to take with that, I will not participate in a public lynching of anybody,”

Goes on to reiterate cbs:

According to a report in the Kansas City Star, Melinda Coleman says she only invoked her Fifth Amendment right after the felony charges were dropped in the case.

White calls that “an absolute lie.”

When asked whether there was sufficient evidence to prosecute the boys charged in the case, the sheriff explained to Crimesider that even though “the facts support themselves,” not much can be done when the victims aren’t willing to cooperate.

Also entering the fray as to why the case failed to go forward were assertions of Matthew Barnett’s family connections and political prominence, with his grandfather, Rex Barnett a former state representative. Assertions that Rice and White have firmly gone on to deny.

Whilst deliberations are now being made as to whether a grand jury will be initiated to possibly bring the case back to trial, hacker group anonymous have also now come to the fore, ever ready to offer their version of vigilante justice, for what the hacker group believes to be cronyism and immoral behavior at the hands of those in the justice system.

Told anonymous: “If Maryville won’t defend these young girls, if the police are too cowardly or corrupt to do their jobs, if the justice system has abandoned them, then we will have to stand for them,” said the hacktivist group’s statement. “Mayor Jim Fall, your hands are dirty. Maryville, expect us.”