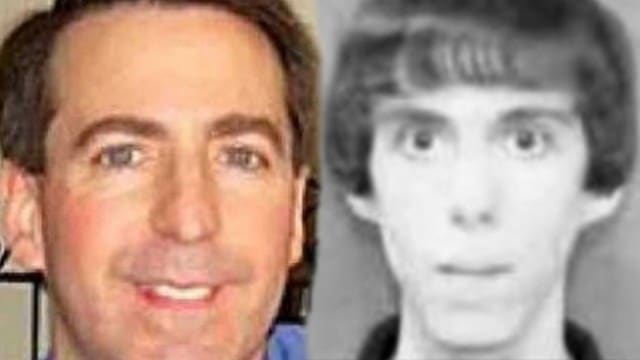 Peter Lanza has at last broken his long awaited silence on the December 2012, Sandy Hook school shooting that took the lives of 20 infants and six adults. The father of the shooter, Adam Lanza had at the time inexplicably eschewed all calls for comment as questions were asked if he would at the very least claim ownership of his son’s body at the morgue.

Speaking to the newyorker magazine, Peter Lanza,  a vice president for GE Energy Financial Services has dubbed his son as evil, even going so far as to tell: ‘I wish my son had never been born.’

The father tells how his son spent his entire life troubled by mental illness and that in his opinion he thought his youngest boy was an undiagnosed schizophrenic.

Reflects the father: ‘You can’t get any more evil. How much do I beat up on myself about the fact that he’s my son? A lot,’

Lanza who divorced Adam’s mother, Nancy in 2009, said that he had not seen his son for two years at the time of the shooting. At the time there was conjecture that the father’s splitting from his father set the younger son off, further turning him inwards as a role model had chosen to turn their back on both his mother and himself.

The interview came to be after Peter Lanza approached the newyorker in September to give his cautionary interview and because, ‘I want people to be afraid of the fact that this could happen to them.’

‘With hindsight, I know Adam would have killed me in a heartbeat, if he’d had the chance,’ Lanza said.

‘I don’t question that for a minute. The reason he shot Nancy four times was one for each of us: one for Nancy; one for him; one for [his brother] Ryan; one for me.’

In the write up, the father tells how his son was never normal, describing him as socially awkward, anxious, unable to concentrate and afflicted by insomnia.

It wasn’t until his son attended middle school that Peter Lanza came to understand that there ‘was something clearly wrong.’

From there the family set about taking their son to see numerous psychologists, whom would be diagnosed with Aperger’s syndrome – which is a high-functioning form of autism.

Nevertheless after his son suffered a severe reaction go the anti-anxiety drug escitalopram, Adam Lanza refused to take any other medication afterwards – behavior which severely troubled the psychiatrist who treated him.

‘While Adam likes to believe that he’s completely logical, in fact, he’s not at all,’ the specialist wrote in an assessment.

Indeed, Peter Lanza said that he is convinced the Asperger’s hid his son’s schizophrenia.

‘Asperger’s makes people unusual, but it doesn’t make people like this,‘ he tells the newyorker.

Asked to comment on where his son was finally laid to rest, Peter Lanza told the following:

The father also reveals how he has since the shooting been the recipient of copious gifts from strangers and well wishers, with such gifts as teddy bears and chocolates. Nevertheless cognizant of the degree of vitriol some harbor towards him the father has purposefully chosen not to eat any of the sweets and keeps the gifts in boxes.

Realistic about the havoc wreaked by his son, Peter Lanza offers: ‘You can’t mourn for the little boy he once was. You can’t fool yourself.’

Claiming that he dreams of his son every night, Peter goes back tot he start to try to understand why his son killed all those people.

Adam Lanza attended Sandy Hook elementary school until the beginning of sixth grade, where he was diagnosed with sensory-integration disorder and needed to go through speech therapy after only uttering his first words at the age of three.

Of note within the interview is how Peter Lanza confides to the New Yorker how close he and his son once were, describing his ‘little boy‘ as ‘Just a normal little weird kid.’

Peter Lanza describes his son as a child who struggled to understand even basic emotions, ‘even practicing facial expressions in the mirror.’

His self-esteem dropped and in fifth grade Adam wrote a story called ‘The Big Book of Granny‘ that disturbingly fore-shadowed the havoc he would visit on Sandy Hook Elementary School.

The father tells how his son’s teachers picked up ‘disturbing’ violence in his story telling and called him ‘intelligent but not normal, with anti-social issues.’

By the time the father had last seen his son in 2010, Adam Lanza had by then become defiant about not allowing his father to see him.

Tells Peter Lanza of a letter his then wife, Nancy Lanza whom he was in the midst of divorcing wrote to him: ‘He does not want to see you. I have been trying to reason with him to no avail. I don’t know what to do,’

Peter became so desperate to see his son that he considered hiring a private investigator who would tell him his son’s movements so that he could bump into him accidentally.

From the private investigator he discovered that Adam spent ten hours a day on an arcade game called Dance Dance Revolution – keeping up with complex dance moves on an illuminated platform.

Adam never answered Peter’s emails and his final communication from Nancy, a month before the shootings was about buying Adam a new computer.

Peter told The New Yorker he is convinced that Nancy had no idea how dangerous their son had become.

‘She never confided to her sister or best friend about being afraid of him. She slept with her bedroom door unlocked, and she kept guns in the house, which she would not have done if she were frightened.’

The father tells it only dawned on him how horrific his son’s killing spree was when the media came to report on the day of the shooting, December 14. 2002 that they had apprehended the shooter, Ryan Lanza, Adam Lanza’s older brother.

It was then that the father realized that they had apprehended the wrong brother, that in fact it was Adam, who by then had been killed in the shooting spree.

Peter Lanza has since offered to meet with the victims’ families, and two have taken up his offer. ‘It’s gut-wrenching,’ he told the outlet.

‘A victim’s family member told me that they forgave Adam after we spent three hours talking. I didn’t even know how to respond. A person that lost their son, their only son.’

A notion that the father can validly attest to…