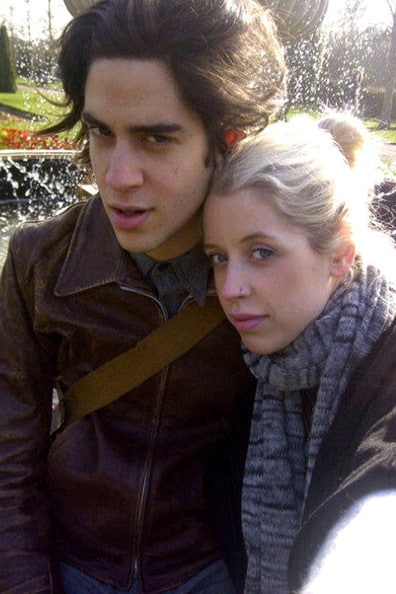 It is being reported that Peaches Geldof‘s husband, Thomas Cohen of the band S.C.U.M could be questioned by detectives if a criminal investigation is launched into the heroin overdose death of his wife.

The above comes after an inquest yesterday found that the famed British socialite likely died as a result of a heroin overdose.

Peaches Geldof heroin overdose death. Did her husband know? Was he complicit?

At the time of Peaches Geldof’s death, it was not apparent what had caused her death, but it is now believed someone close to Peaches removed drug paraphernalia at the scene in a hope to remove negative aspersion as to the cause of her death.

What is known is that Thomas Cohen had come to find the body of Peaches slumped over the family bed and that at the time prior to police arriving to tend to her April 7th death, evidence of drug use had been removed, most likely because Thomas Cohen feared the repercussions of acknowledging that his wife had been using heroin.

This of course opens the unsavory question of whether the husband was aware that his wife was again using heroin, was (or is) using it himself or whether they had used it together and how for that matter she came to arrive with heroin in her possession and who may have supplied it to her.

According to the UK’s dailymail a source last night revealed that Peaches had been secretly visiting a drug rehab clinic near her Kent home in the weeks before her death.

The man who met the star at the centre said she did not want Mr Cohen to know, telling him the father of her sons was a ‘really straight family man’.

Told the man via The Sun: ‘We were on first name terms but I called her ‘P’.

‘I last saw her a couple of weeks ago. She was fine but furtive.’

He said Peaches revealed she did not want husband Tom Cohen to find out she was in treatment, describing him as a ‘really straight family man’, adding he would not understand.

‘She didn’t want her husband finding out,’ he added. ‘She said he was completely straight and that Dad would go spare if he knew anything about it.’

What is not known is whether Peaches Geldof’s husband was aware of his wife’s efforts to get off heroin or what attempts he may have made to help her or if for that matter abetted her?

To date authorities tell no arrests have been made.