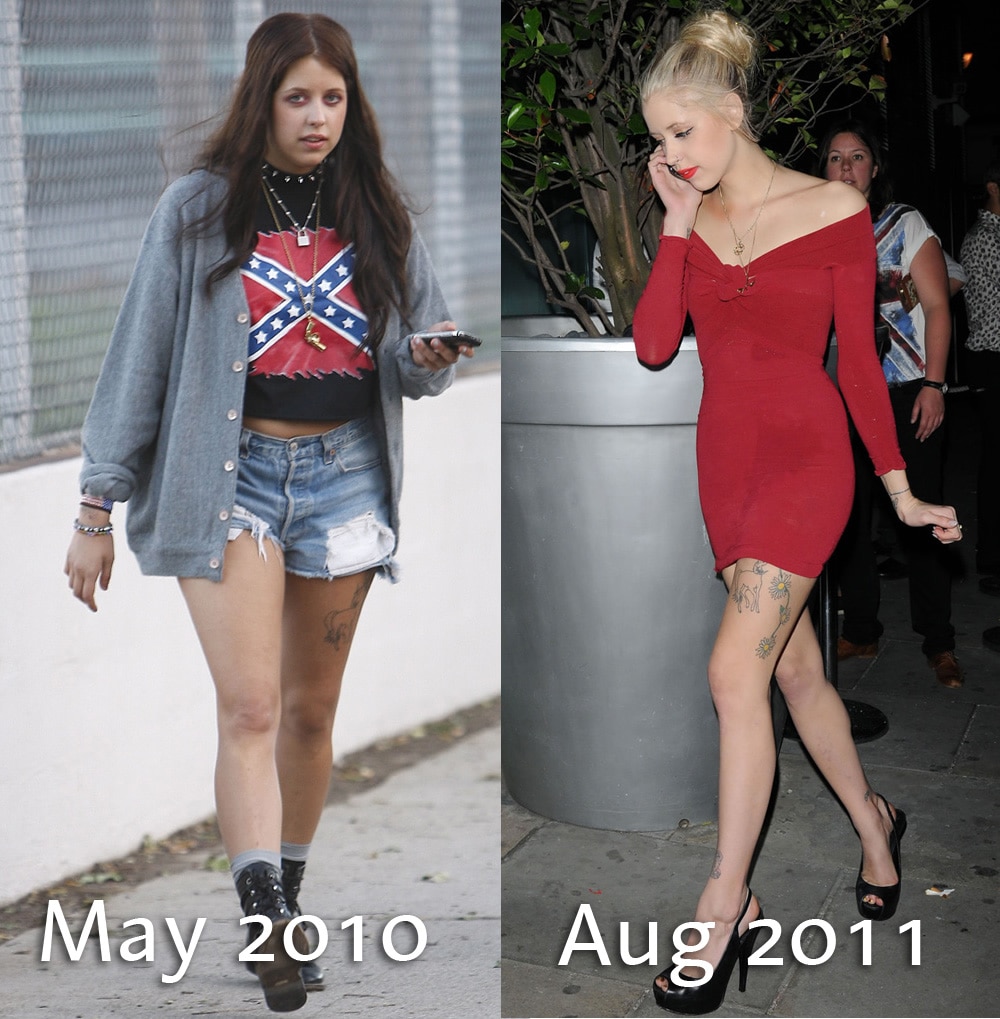 Since authorities have done preliminary investigations at the residence of the late Peaches Geldof, they have told that they have found no evidence of hard drugs or a suicide note. Nevertheless questions linger as to what may have caused her sudden untimely death.

One idea making the rounds is the notion that Peaches Geldorf was an anorexic, habitually starving herself on and off for years. In fact her last public appearances had the British socialite looking shockingly thin.

In a December 2011 feature with the UK’s dailymail, the then 22-year-old described how she could lose ten pounds by living off nothing but vegetable juice for a month.

One dietician called the starlet ‘brain dead‘ and said she is risking ‘acute cardiac arrest.’

Told the socialite: ‘I have no willpower but with the juicing I’m like, ‘I have to do it because I have to lose this extra ten pounds.’

Providing little reassurance that she has a healthy attitude to food, she added: ‘I will lose it then I’m back going mental for the chips.’

‘I’ll juice and then I eat chips.’

The article continues: And in recent months, admitted she still has days when she wakes up and thinks ‘I’m so fat.’

She attempted to provide some reassurance that her dieting is not out of control in August by tweeting: ‘To those telling me I look skinny and to eat something, I can assure you I’ve just cut out eating crap.

But the star has confessed that she feels very aware of the pressure to be thin in the media spotlight.

Of concern is this video of Peaches Geldof taken in recent weeks where she looks exceedingly frail, emaciated and weak. Hardly the image of her former self prior to her decision to dramatically lose weight.

Reiterated a spokesperson for the British Dietic Association: ‘Rapid dieting like this not only makes you lose muscle strength but wastes away your internal organs.’

‘It is what kills anorexics. It is a stupid approach and it is irresponsible to promote this sort of disordered eating. It’s worrying that somebody who has money and access to contacts would pick such a ridiculous way to diet.’

Is it possible that Peaches Geldof lived two very distinct lives. One for the public, feeding off her family’s glam and notoriety and one for herself where she reeled from it in self sabotage which included extreme dieting and a predilection towards anorexia?

Was this years in the making or just a final decision that she could not bear it all anymore, the facade, the heart ache and the dichotomy she had become….and from where she had risen as she increasingly chose to abstain from even eating…?

above image via celebitchy