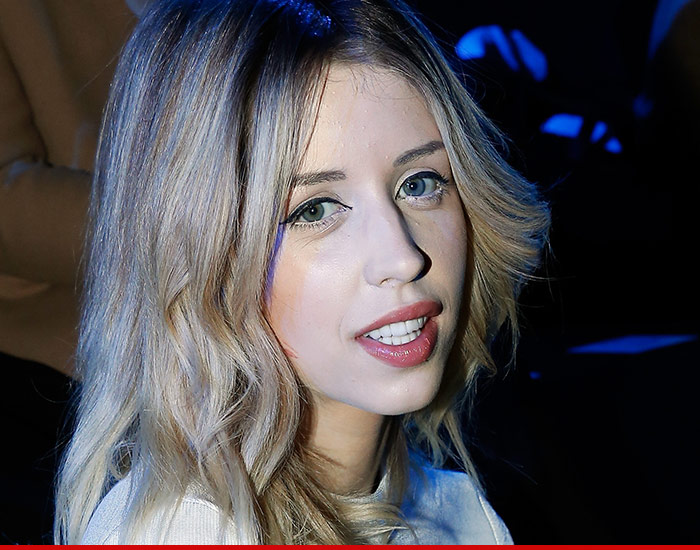 In the two days since the death of British socialite, Peaches Geldof, the word abound has been pontificating as to what led to her death, digging up past turmoil as well as referencing the legacy of her parents, Bob Geldof and the late Paula Yates who of course have their own turbulent tales.

It’s the allure of the too good to be true perfect life met with sudden woes, colossal misfortune where money and prestige and ardent adulation seemingly ought to protect one from mortality. Yet that is a myth as celebrities and individuals who society covets if anything are often more susceptible to having to live up to their legacy, public image, as manufactured by social media platforms and that of the media. A failure to adjust or to be perceived to misbehave or failing to live up to the standards bequeathed on society’s elated can come at disastrous results.

It is here where the tragedy of Peaches Geldof resonates. She unlike most celebrities never had a say in whether she would become a socialite or a celebrity. Almost from the moment she was born and throughout her childhood she was elevated to the altar, to the tabloid sphere as the world and media anointed her as a namesake by family extension to keep tabs on.

It is as if we were watching history repeatedly unfolding, the cycle of tragedy that led to two people losing their lives (Paula Yates, Michael Hutchence, and the profound effect that had on Bob Geldof and his children) now being replayed all over again in the visage of a helpless socialite who soon enough was creating her own faux pas, scandals and misadventures.

Drug taking, marrying the wrong kind on the spur, excessive drinking or dieting might be one thing and the media will always have a field day but to die, to extinguish, to no longer be there places a higher meaning and perennial exultation of one’s existence.

One becomes immortalized and that in essence is what is happening once again as the media takes to trying to understand what brought the demise of one its heroes, often failing to understand its own complicity and how it never gave a child, a young woman, a young mother room to breathe and just be herself and not have to augment herself to the exacting demands of a public wishing a kind of existence that they believed to be superior.

In the end Peaches Geldof fascinates us because she did get to live the trophy life albeit under the constant glare of others and at exceedingly high costs which ultimately compromised her sense of self and brought undue conflict to a woman who probably sought to affirm an identity outside of the legacy she never had any chance of escaping from. Only in the end to continue the traumatic legacy, how bitter sweet and horrid is that?