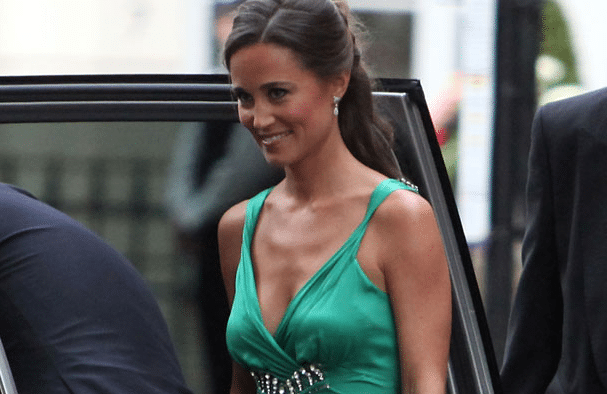 Kids, I prayed and prayed and every night baby Jesus, said: “Scallywagy, where there is a will there is a way, and when them bixches start throwing real money at Pippa that bixch will come to America.”

And throw money they did…

dailymail.co.uk: Pippa Middleton is the prize in a £300,000 bidding war between two U.S. talk show queens for her first television interview.

Oprah Winfrey and Barbara Walters, America’s arch-rival chat heavyweights, are ‘pulling out all the stops’ to snare her as a guest in an hour-long special.

OMG. Kids, I’m so frothing from the jowls I’ve taken to shoving a stack of unmailed Pippa Middleton love letters against the back of my mouth in the hopes I stop shaking, even accidentally knocking out that molar tooth I was meaning to take out with a Mac the knife jack wrench saw after I finished sucking on this chicken mole enchilada.

Chat show bosses see the 28-year-old – who is about to start promoting a new book on throwing the perfect party – as the biggest prize among their dream guests for 2012.

U.S. TV executives are fighting to seal a deal with Penguin, Pippa’s publishers, for her first proper television interview later on this year.

And here I was thinking it was going to be another used up Hollywood celebrity idly chatting about unrepentant sex in shower stalls and the grief they feel every time they drive by a homeless gypsy in their $400 000 Mercedez.  But now I know it will be about Pippa idly chatting about nonsensical party tips (never drink in front of guests until they are sufficiently drunk first)  and how she managed to become the hawtest cabanna since fat free marijuana.

But hark kids, there’s more. Much more to this tale of cheesy intrigue, of high money being tossed aside like last month’s used tampon.

It is not the first time that Pippa has been at the heart of a bidding battle.

Penguin handed the Duchess of Cambridge’s younger sister a reported £400,000 after slugging it out in a war of the wallets with some of the country’s biggest publishing houses.

HarperCollins and Random House’s subsidiary, Cornerstone, were also said to be keen to buy the book – about being the perfect hostess – but Penguin pipped them to the post.

OMG kids. This hardly makes sense. Be the Queen in waiting kid’s sister, have buns of steel and steal midnight kisses behind your ex’s back and get all this money thrown at you. Where do I sign up? Does it matter that I am only the worthless son of an out of work oil lobbyist? Surely Oprah or Barbie must want me to talk about my travails? I promise to spare no details just like Pippa will….

Oh dear. Don’t you wish Barbara and Oprah were just as desperate to invite you round for a cup of gold flaked tea?  Of course it should all please you to know that Pippa will be donating the cash windfall to charity…

My hero Pippa splits from Alex. Who will Pippa love now? A run down list…