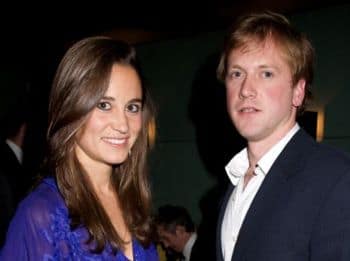 Who will Pippa hook up with next?

Kids, there’s good news for all you eligible bachelors. Pippa Middleton has recently split from her cricketer boyfriend Alex Loudon and she’s now fielding the market.

Rumors had it that Alex was overwhelmed by the sudden rise of Pippa’s fame, but others have asserted it has more to do with the fact, with Pippa’s rising fortune she’s now in demand for a more accommodating partner. Indeed.

In fact they don’t come more accommodating than George Percy, former boyfriend and son of the Duke of Northumberland, and one of the wealthiest families of the UK, who Pippa was seen traveling with last month in Madrid.

But in reality Pippa will probably entertain all options as she climbs the giddy cliffs of media whoredom. Which makes one wonder, maybe Pippa has already found her shining white armor?

Don’t you wish you were a well heeled media whore too?