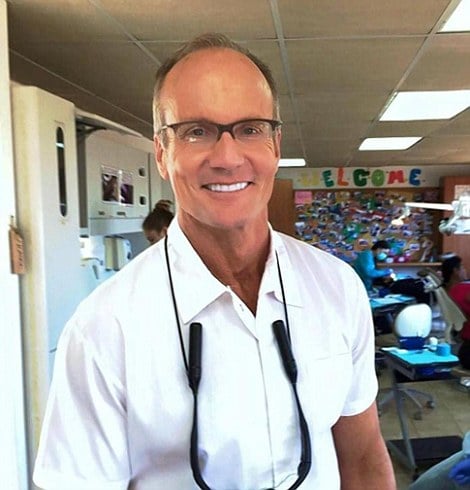 Controversial Minnesota dentist, Dr Walter James Palmer has re opened for business, six weeks after going into hiding over the slaying of beloved Cecil the lion and the national vitriol that followed the big game hunter after a recent hunting trip to Zimbabwe.

According to a report via the minneapolisstartribune, a new employed security guard has been observed standing guard at the door of the building in which the practice is located in Bloomington, Monday morning, with a few vehicles in the car park.

That said, the tabloid reports repeated calls to the office between 10.30am and midday today went unanswered as the phone line appeared to be disconnected.

Reporters were restricted to a sidewalk and not allowed to approach the brick offices just off Old Shakopee Road.

The reopening of the hunter’s dental practice comes after Palmer was spotted for the first time in almost two months on Sunday afternoon walking through the neighborhood in a red t-shirt and blue jeans.

Since becoming the target of national condemnation after being identified as the hunter that ‘illegally’ took down the 13 year old iconic Cecil the lion down, the much maligned dentist has been living in hiding.

Whilst the dentist has remained in hiding and seen his online reputation savaged along with his Florida holiday way home vandalized, US and Zimbabwean authorities are said to be considering legal action against the man. To date no call for Palmer’s extradition has been made nor have US authorities taken steps to charge the man for transgressions.

The commotion against the dentist intensified last week after photos of an illicit 2008 hunt involving the dentist also made the rounds, in which the dentist found himself running afoul of the law after killing a black bear in Wisconsin without a license.

In that instance, Palmer is alleged to have bribed hunting guides with $20,000 so they would lie about his criminal act and hide pictures of him proudly smiling next to the dead animal.

The matter would be subsequently resolved when Palmer pleaded guilty to felony charges of making false statements to the U.S. Fish and Wildlife Service about the bear.

According to court documents, the hunter was prosecuted because he shot and killed the animal outside of the authorized hunting zone.

Palmer faced up to five years in prison and a fine of up to $250,000. But he only paid $2,938 in fines and was sentenced to a year of probation after signing the plea agreement.

The hiring of security at the Minnesota office comes after the hunter hired armed 24-hour security and installed hidden CCTV cameras at his Florida holiday home in an attempt to drive people away. At present it is not necessarily understood if the dentist will be treating patients at the practice and whether protesters will choose to arrive to personally confront Palmer who has become the bogeyman target of disaffected Americans.