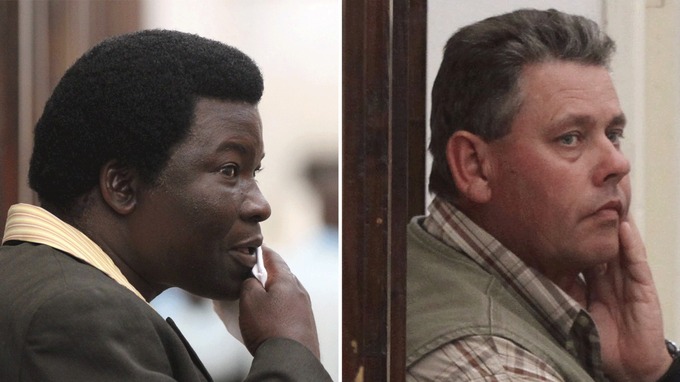 Theo Bronchorst, a professional hunter, and Honest Trymore Ndlovu, a land owner, the two men arrested in connection to the death of Cecil the lion , a case in which Minnesota dentist, Dr Walter Palmer has also been accused, were released Wednesday by a court in Zimbabwe on $1,000 bail each.

Through their attorneys the two men said that they were innocent of poaching charges, which officials said could bring a sentence of 10 years in prison.

Zimbabwean authorities said that Walter J. Palmer, a dentist from Minnesota, paid at least $50,000 for the hunt. Palmer has said he relied on the expertise of local guides ‘to ensure a legal hunt.’

But the lion that he and his local guides killed wasn’t just any lion, according to Zimbabwean officials.

He was Cecil, a major tourist draw at Zimbabwe’s Hwange National Park.

The 13-year-old lion suffered a slow death, according to the Zimbabwe Conservation Task Force.

The hunters lured him out of the sanctuary of the park with a dead animal on top of a vehicle.

Palmer, officials said, then shot the lion with a crossbow, a method for which he is known. The shot lion survived another 40 hours until the hunters tracked him down and shot him with a gun.

Cecil was skinned and beheaded, and the hunters tried to destroy the GPS collar that Cecil was wearing as part of research backed by Oxford University, the group said.

Palmer’s killing of a male lion named Cecil might never have come to light were it not for the GPS collar the animal wore, which allowed academics at Oxford to track down the carcass and discover the hunters.

‘I had no idea that the lion I took was a known, local favorite, was collared and part of a study until the end of the hunt,’ Palmer said Tuesday in a statement. ‘I relied on the expertise of my local professional guides to ensure a legal hunt.’

In the interim the dentist has insisted no calls to bring him in for questioning have been made, despite the Zimbabwe government’s claims otherwise.

At present the dentist is in hiding, having said he is willing to assist authorities should they seek him out.

The man’s presence is not known as he continues to receive a barrage of national condemnation for his actions and the belief that the hunter knowingly illicitly bribed the hunters to affect the hunt, a practice that is often pursued by other hunters whilst the Zimbabwe government looks the other way as fees are accrued.

http://t.co/zi1A29BxHx #CecilTheLion took 40hrs to die. If your not outraged your not paying attention #OpFunKill