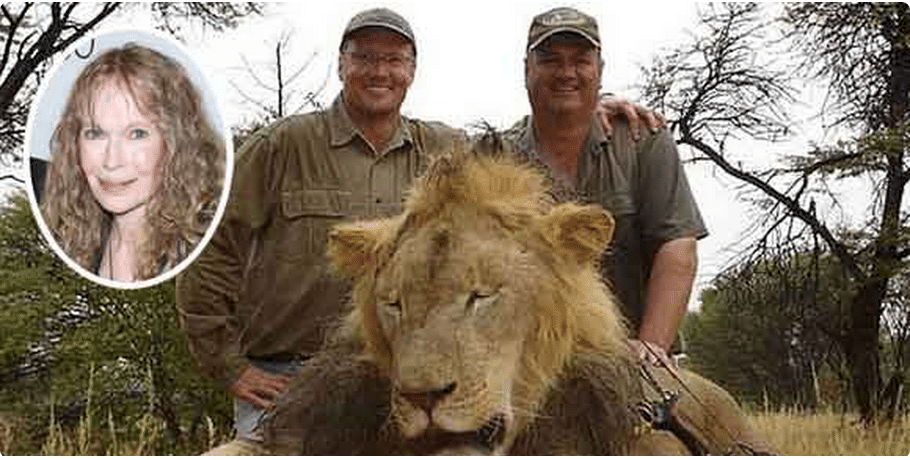 Mia Farrow of all people, being in the public eye for many years should probably know better but judging from her conspicuous silence today, the actress is going to pretend tweeting the address of reviled Minnesota dentist Walter Palmer to her 656 000 followers yesterday is fair sport.

Sorry Mia but vigilante justice should never have any shelf life in a civilized and ethical society, especially if by seeking to chastise one man for his unethical and dubious affairs by foul play is just as underhanded as the deceit one seeks to challenge.

Whether the actress knew or should have known, yesterday’s since deleted tweet serves to endorse the idea of violence, threats and harassment of a private individual, especially if doling of that individual’s address comes from a celebrity.

Given the actresses’ position, influence and her own experience at being publicly skewered, Farrow’s tweet betrays savage insensitivity and disregard for logical and rational discourse. Instead the actress like many users on social media has capitulated to herd mentality in a Roman Colosseum demanding the blood of an individual who they feel has dared to behave with impunity and devoid of moral integrity.

Reflects salon: You know what’s not cool? Going directly after Palmer or his family. You know what’s never cool? Anything that could lead to harassment and threats of violence and death. You kind of lose your moral high ground as the Person With the Most Compassion when you’re behaving in a way that has the potential incite serious damage on your fellow humans.

What do you think? As contentious as Walter Palmer’s actions have been, isn’t it the prerogative of legal outlets to dole out punishment in civil fashion, as opposed to taking liberties and disseminating a hard to get address and implicitly condoning some nut job to go to the dentist’s home and practice and do harm to the man or his family?

Mia Farrow let’s hope nothing happens to this man, it is not for you to judge, not for you to abuse your authority and not for you to condemn an individual to the real possibility of harm because you were offended. It is up to society, unless of course you would prefer to live in the wild and make your own way ….

Who though Mia Farrow would be the one to spark a larger debate about the ethics of doxxing?

I can’t believe actress Mia Farrow tweeted the work address of the dentist who killed #CecilTheLion. Did twitter ban her?

Neither the first nor last celebrity who doxxes someone against Twitter’s TOS, and Twitter will do nothing about it. http://t.co/tcGPYVQb9X
— FilmLadd (@FilmLadd) July 29, 2015