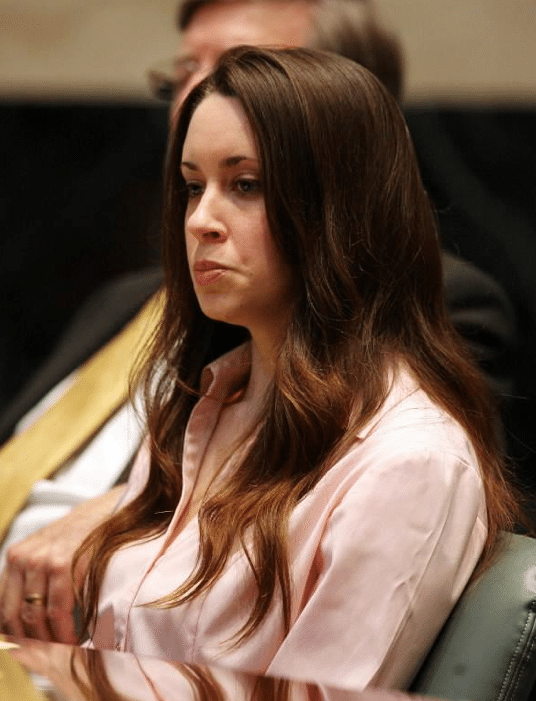 woman (most women if we are to take the media’s slant are not to be always elevated too high, unless of course they look good it seems) a quirky kind of attractive, she comes from an upbringing that has seen its share of hard knock stories, has behaved in a way that many of us perceive to be offensive, and has at the end of the been accused of breaking with the sacrament of what so many of us in the US hold dear: that no matter how rich or poor or down and out one maybe, we will never sell out our loved ones, let alone kill them, especially if they are our children, the embodiment of innocence, that we can never stop wishing to reclaim.

Yet here lies the jig, our innocence has long been lost or compromised, how can we reasonably expect to think that whether Ms Anthony received a jail sentence or not that will somehow exonerate us or at least let us believe that moral culpability, fairness and justice still exists in the land, when it unfortunately has been shown over and over that in fact it really doesn’t and so often is just a wishful desire on most of our parts informed by our favorite scripture books and tv movie heroes that always somehow manage to save us over and over again.

Ms Antony’s story thus is no different than most ‘who done it’ action flicks with its own set of heroes and villains, except in this case the script writer decided to pull out the chain and decided that Ms Anthony wasn’t the villain that so many of you were sure she was. Which has  only embittered so many of you looking for justice in your life, and forced so many of you to weigh in on some woman most of you have no idea who she really is because somehow her guilt or innocence will make you feel better about yourself, make you feel better about living in America- the land of the newly disillusioned.

Whilst the media is still around we will carve you out the most peachy angle this side of heaven. Anything to tug at your sense of entitlement and moral center. Anything to entertain you. Ultimately, it is up to you and not us to take it or leave what we sell you. Then again when was the last time you saw an alcoholic decline a shot of whiskey sitting waiting for them on the counter top?

Qanon congresswoman banned by Twitter for 12 hours over conspiracy theories