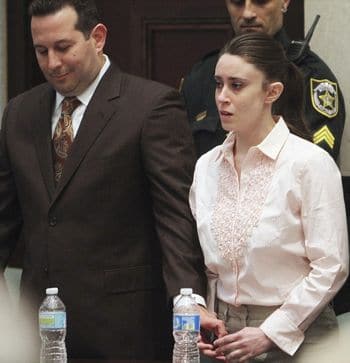 America’s most reviled defendant gets off scott free.

To date the trial of a young mother accused of brutally killing her own daughter, Caylee Anthony and dumping her body in the woods has charged a nation. Night after night one could watch call by call play off the day’s proceedings in court. Judging by the TV presenter’s and most media player’s calling of events and the seemingly callous and ever changing story of Casey Anthony it seemed a forgone conclusion that she would be guilty. The only question it seemed was would she receive life behind bars or the death penalty. Instead she has once again received her freedom.

From fights outside the court room, a court spectator being jailed for 6 days for contempt of court after gesturing at the prosecution the Casey Anthony trial had everything a murder trial could possibly have. It had intrigue, the collective disbelief that the mother could have done this to her own child, the defendant selling her parents down the river, abruptly changing stories, about the partying that went on from the defendant while her daughter was missing and a heated paparazzi lapping up every gesture, sneeze, smile, sigh as if that in itself could tell us one thing for sure: did Casey Anthony kill her baby? Or to put it another way- did America kill this baby? But most importantly would there be justice for this child because Americans as a whole have an unshakable resolve that justice if their lives are to make sense must prevail.

For now Casey Anthony will remain free whilst many are in a kind of shock, her daughter judged to have accidentally drowned, with many wondering how much the verdict would have changed had they been on trial as a colored girl, as a girl who flinched too much, as a girl who didn’t cry enough or too much whilst being questioned, a girl who it turns out never even took the stand.

And yet as innocent as Casey Anthony stands today, one can be brutally sure that the innocence she must have held of herself and the world before the disappearance of the child has been forever scrubbed away. Never mind the life of an innocent young girl that so many of us identify with. 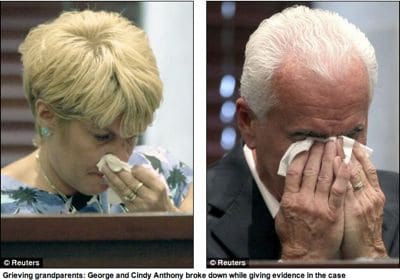 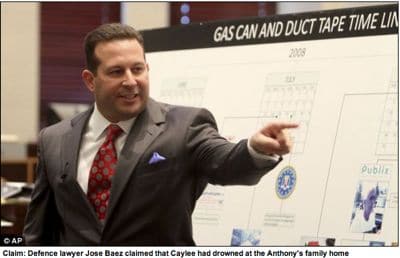 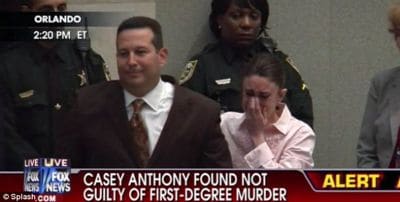 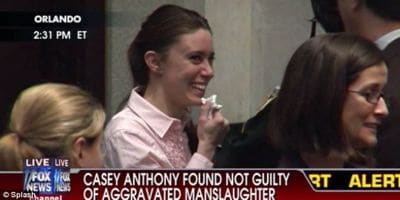