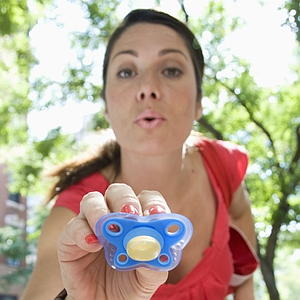 An anonymous Hamptons nanny has gone on to spill the beans as life as a nanny to upwardly mobile New Yorkers who live in the Hamptons.

Her tell all which is featured in the The Daily Summer reflects on her current experiences whilst catering to the social cache set.

In one musing, the Hamptons nanny who happens to be a South Hamptons live in goes on to reflect on the ardor of having become a sudden de facto mother to four ‘difficult children all under the age of eight,’ while the real life mother aimlessly tags along.

Tells the nanny: ‘The father is always working so I understand why he’s not around, but the mother doesn’t have a job.’

And of the mother: ‘She just goes shopping, or to the gym. They have a home gym, but she still goes to the gym in Southampton just to get out of the house.’

Asked whether she actually cares for the parents,the nanny responds: ‘I’m sure I would like them if I wasn’t watching their kids, but not really. They don’t do anything with their kids! In all honesty, I would be gone from this job in a heartbeat but feel obligated to stick around because of the kids. They’ve had a lot of nannies come in and out of their lives and I don’t want to be just another face for them.’

Asked what she is fed the nanny nonplussed responds: ‘All they buy for me at the house is rice and Ramen because all of the nannies in the past have been Filipino and they lump me in with them.’

Asked if she has ever been hit on by the father the nanny responds: ‘Ha! He has, though I think it was unintentional—or he said it was, at least. He was drinking a lot and his wife and I are very similar looking. We’re both petite brunettes. He thought I was her and came up behind me and slapped my butt. I turned around and he looked really scared for a second, but then he smiled and said, “I’m not sorry.” I was like, “Oh my god!”

The interview goes on to pose other beguiling questions from whether the nanny knows of other nannies who had affairs with their employers, whether she herself would ever hire a nanny and revelations that a nanny can be fortunate to make up to $250 a day.

Asked if the nanny is happy with her rate of pay she responds:

‘I am. It’s hard work, but a lot of it is sitting at the pool or watching them play at the beach. I’m being paid to be a mom.’

Let’s hope this particular Hamptons nanny gets to keep her job not that it seems she would particularly miss it…Can anyone guess why?

Inside the miserable life of a Hamptons housewife.