It’s time to buckle down and listen to a bunch of rich people complain about why life is so unfair….

The dailymail this morning has released an article about the soon to be doomed quaintness and quality of life of the Hamptons. The new threat you wonder? New property tax? A decimation of public schools, not enough fetes to attend during the summer? No- the emergence of the dastardly immigrant worker who has cheapened the flavor of this gem of Long Island…

dailymail.co.uk: The small town of East Hampton has gained a reputation as the playground for New York’s well-heeled elite, a place to spend the idle summer months in their million-dollar homes.

But some of its wealthy residents are upset at an influx of less well-heeled workers who they say are lowering the quality of life and diminishing the appearance of the quaint Long Island town.

A campaign group is focusing on the Springs area of East Hampton, dubbing itself ‘Unoccupy Springs’ and calling for an end to multiple families of low-wage workers living under one roof.

For someone who has being going to the Hamptons and has actually lived there during the summer and off season for the last 20 years the above story strikes me as hyperbole and a mean spirited attempt to tarnish the hard working and well meaning residents of that part of nirvana that unfortunately don’t have access to the vast wealth that many of the residents (mostly NYers thank you who come in during the summer and whom leave their house empty during the off months) who reside there too.

To punish and go on a campaign to indict those individuals who strive to live an honest day’s wage is reprehensible. Then there’s a reason why immigrants (I was once one too when I was growing up thank you very much) have to sometimes live in less than ideal situations- they are newly arrived and forced to take the lowest denominator jobs before they get ahead. Then there’s also the prices of living there. $9 for a skimmed latte and a toasted cream  cheese bagel isn’t hardly the economical price point that leaves even those of us well heeled too pleased. Which can only make me wonder how many ‘uncouth’ immigrants are actually gallivanting in the flashy part of the Hamptons anyway? 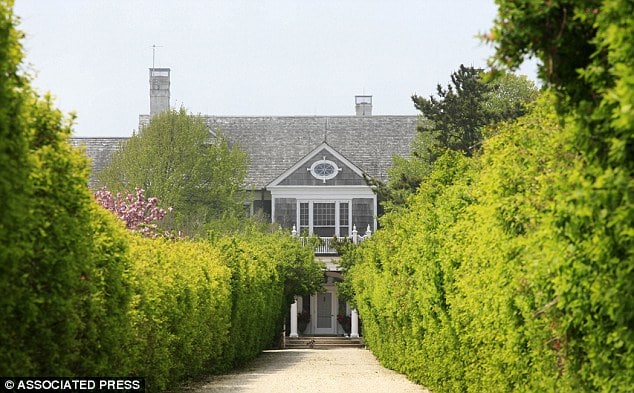 According to the New York Times, the Hispanic population has tripled in the past decade, and the Hamptons’ traditional residents are making waves about their new neighbours.

The Times notes that most immigrants live on the southern part of East Hampton, which is less expensive but also farther away from the ocean.

The area, called Springs, is home to modest houses –some of which, residents said – are over-crowded with multiple families and children.

Of course there’s always a solution to the above too. Stop relying on servants/immigrants to do the hard work and start doing it for yourselves your Highnesses. Then again that would be unsightly and inconvenient.

Spoiled white rich people just don’t get it. Never mind, I’ll be sitting by over at Golden Pear having my over priced breakfast, let’s hope no ‘spicks’ come walking by and spoiling the mood- now that would be a travesty on the 4th of July!